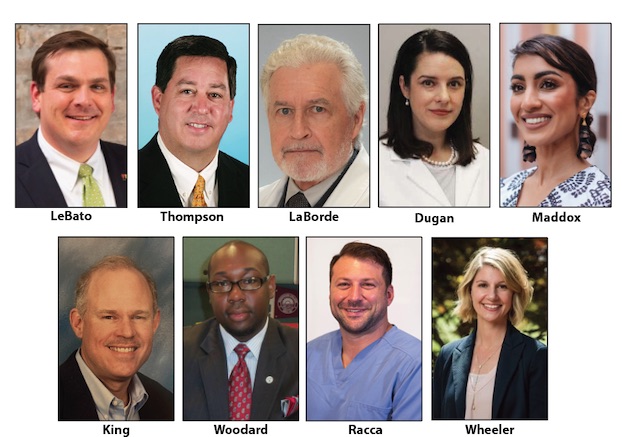 LeBert named to state board

BATON ROUGE —Larry P. LeBert of Lake Charles has been appointed by Gov. John Bel Edwards to the Board of Directors of the Special School District.

The Special School District offers educational services to students with low-incidence disabilities from across the state. The district is comprised of two residential schools, the Louisiana School for the Deaf and the Louisiana School for the Visually Impaired, located in Baton Rouge, and Special School Programs, located in correctional, mental and behavioral health facilities across the state where special education services are offered to qualified students.

LeBert is a substitute teacher for special education deaf children for the Calcasieu Parish School Board. He is a board member for the Louisiana Association for the Deaf and will serve as a member competent in American Sign Language with expertise in educating students who are deaf, hard of hearing, or deaf-blind.

Originally from Lake Charles, LeBato started his banking career at AmSouth Bank, which eventually merged with Regions Bank in 2007. In 2011, he joined IBERIABANK where he spent 10-plus years. During his tenure at IBERIABANK, he was promoted to New Orleans retail market manager before becoming the bank’s retail banking executive overseeing Alabama, Louisiana and Texas. In that role, LeBato was responsible for developing and training hundreds of staff and managing billions of dollars in deposits and loans in multi-state market development.

LeBato received his BA from Spring Hill College in Mobile, Ala. He was designated a Certified Commercial Investment Member through CCIM Institute in Chicago,  and is a recent graduate of the Pacific Coast Banking School through the Foster School of Business at the University of Washington in Seattle.

LeBato serves as president of the Board of Directors of Youth Empowerment Project (YEP) and president of the Urban Land Institute of Louisiana. He also sits on the boards of the Wilderness Adventures Foundation, New Orleans Regional Leadership and Friends of WWOZ.

He also has been actively involved in a number of civic and economic development organizations that include, CCIM, Association for Corporate Growth, Young Leadership Council, Women Unlimited Inc., Campaign for Equity, Feed the Front Line, and Network Volunteers. Additionally, he is a certified Emergenetics associate as he is passionate about focusing on the development and growth using Emergenetics to teach communication and emotional intelligence skills to build self-awareness, develop better teams and create communication fluency.

He was selected as a fellow for the Bryan Bell Metropolitan Leadership Forum, Racial Equity Institute, and NORLI. In 2017, LeBato was honored by New Orleans City Business as a Money Maker.

SULPHUR — West Calcasieu Cameron Hospital has named Christopher Thompson M.D., cardiologist, as the recipient of the Physician of the Quarter Award for Q2 2021. The award recognizes a clinical physician who consistently achieves high standards in the practice of medicine.

Thompson completed his Internal Medicine Residency Program from the Medical College of Virginia and his Cardiology Fellowship from the University Medical Center in Jacksonville, Fla. He is certified by the American Board of Internal Medicine in Cardiovascular Disease and Interventional Cardiology.

Thompson has been a member of the WCCH medical staff since August 1994 and is the cardiology medical director at West Calcasieu Cameron Hospital.

Board certified in physical medicine and rehabilitation, LaBorde earned a bachelor’s degree from the University of Southwestern Louisiana in Lafayette. He earned a medical degree from Louisiana State University School of Medicine in New Orleans, and completed a residency in physical medicine and rehabilitation at Baylor College of Medicine affiliated hospitals in Houston.

LaBorde is specially trained in neuromusculoskeletal disorders, pain management, pain medicine, electrodiagnostic medicine, and electromyography. He has served on hospital staffs of numerous medical facilities throughout Louisiana since 1977, and has held academic appointments at Baylor College of Medicine, Louisiana State University, and University of Southwestern Louisiana.

She serves as a hospitalist, treating the patients admitted to Lake Charles Memorial Hospital.

Before coming to Memorial, Dugan worked as a hospitalist at Bronson Methodist Hospital in Kalamazoo, and served as a clinical professor at the Homer Stryker MD School of Medicine. She is a member of the Society of Hospital Medicine, American Medical Association and American College of Physicians.

The Southwest Louisiana Law Center is proud to welcome Randy King, Arthur Woodard Jr. and Dr. Brandon Racca as its newest board members.

King recently retired from Sasol, where he served in various engineering and managerial capacities for over 38 years. He received his engineering degree from Michigan State University and is a registered professional engineer in Louisiana. He has served on several petrochemical industry related boards during his tenure at Sasol.

He is a member of Good Shepherd Episcopal Church, where he serves as junior warden, supporting hurricane recovery efforts for the Church and Episcopal Day School. He and his wife, Barbara, share a passion for historic preservation and apply their restoration skills to a historic home in the Charpentier District.

Woodard is a resident of Lake Charles, where he was born and reared. He received a Bachelor of Science Degree in computer science with a minor in mathematics from Morehouse College in Atlanta in 2005. He serves at the systems coordinator for the Social Security Administration.

He is a member of New Sunlight Baptist Church, where he serves as the audio/visual ministry leader, a deacon, Sunday school teacher, and a worker in the children and youth department. He is married to the Janet Coley Woodard.

Racca was born and raised in Lacassine as a multi-sport honor student. He continued his journey as he went on to LSU as a student athlete competing in javelin for the track and field team. He graduated in 2007 with a pre-med degree and pursued a doctorate in Chiropractic at Texas Chiropractic College (TCC). After graduating from TCC in 2011, he wanted to return home to provide help to the community he felt helped him succeed in his youth. After starting his career, he met his wife Krickett, and they married in 2017. He is working as a chiropractic physician at the Center for Chiropractic and Rehabilitation.

After completing undergraduate studies at New York University, Maddox earned a medical degree from LSU School of Medicine in New Orleans. She completed an internship and residency in general surgery at Warren Alpert Medical School of Brown University in Rhode Island. She is board eligible by the American Board of Surgery.

Maddox practiced general and breast surgery with Ochsner Medical Center – Kenner. She then pursued fellowship training in plastic and reconstructive surgery at LSU under Dr. Robert Allen Sr., a pioneer of breast reconstruction, and developed her passion for breast cancer reconstructive microsurgery.

She is seeing patients at 4150 Nelson Road, Building E, Suite 3.

As chief executive officer, Wheeler is responsible for leading the organization to carry out the Boys & Girls Clubs mission in the six current locations and grow the reach to serve more youth in need.

Her role will include providing leadership and direction in overseeing strategic planning and resource development for the organization, in support of organizational mission and goals.

Wheeler has served as vice president of Boys &Girls Clubs in Acadiana over the past three years, overseeing fundraising and marketing in St. Landry, Iberia, Vermilion, Calcasieu and Lafayette parishes. In her current role, she is responsible for managing a $1.8 million budget and has been an integral part of expansion into two new regions.

Over the last eight weeks, a selection committee was created to lead the CEO search process for the organization.

Wheeler is replacing Missy Bienvenu Andrade, who was recently tapped to lead the efforts of a newly formed statewide entity, Boys & Girls Clubs in Louisiana, which will focus on broader fundraising and advocacy for all Clubs in the state. 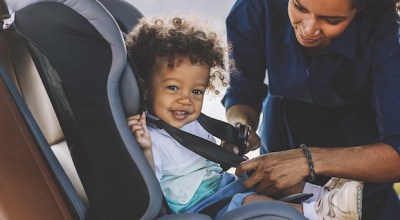