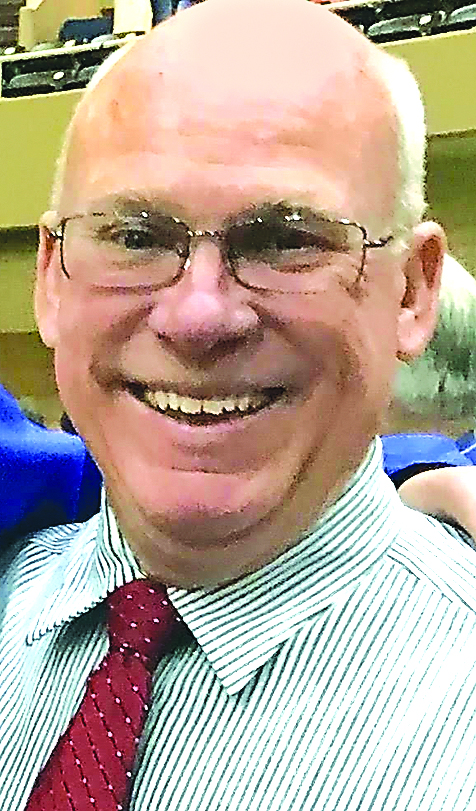 For the past 30 years Randy Broussard has been behind the scenes organizing the Sulphur annual Kiwanis Christmas parade. This year, he’ll be leading it.

He became involved in this Sulphur holiday tradition, he says, because he was the only one who worked for himself and could arrange the time to do it.

“I’ve always loved the Macy’s Thanksgiving Parade. One year, we decided to take the parade up a notch and Sulphur had a 60-foot alligator balloon float,” he said. (That predates Lt. Gov. Billy Nungesser’s alligator float.)

The club’s parade marshal appointment came as a surprise to Broussard. For the last few years, he has been telling Kiwanis fellow club members they need to find someone new to organize the parade.

“Nothing ever happened,” he said. “In my heart I wanted to keep doing it but I knew I couldn’t do it the way it should be done. Finally I wrote a letter of resignation and gave it to Kiwanis Club President Charles Schrump.”

Broussard wrote in his letter that he wanted to participate, but he wanted someone else to organize the line up and direct parade traffic. Then he left town for a couple of weeks for medical appointments in Houston. At the next club meeting, talk turned to parade plans. He remained mum as he had resigned from those duties. A member asked if anyone had contacted the Grand Marshal, and he realized everyone was looking at him.

After he was named as Sulphur Kiwanis Parade Grand Marshal, Mayor Mike Danahay asked Broussard to do the honors of lighting the Christmas tree to mark the beginning of Sulphur’s largest and merriest festival.

“Since Randy Broussard’s retirement from his architectural firm here, he has dedicated much of his time to the community. In addition to being a Kiwanis Club member and organizing the Christmas parade, he has served on many boards and committees. We are honored to have Randy officially light our city’s Christmas tree this year,” Mayor Danahay said.

Broussard has been in the architectural business for 42 years, beginning work with E.J. Ellender. After he received notice that he had passed the professional exam, the team created Ellender and Broussard. In 1999 Broussard went into business for himself. A few of the building projects in which he has been involved include Immaculate Conception Catholic Church, Sulphur; St. Theresa’s Catholic Church, Sulphur; and the West Call Event Center. After Hurricane Ike, he was involved with the design and build of Johnson Bayou School, which included new water and wind resistant codes, changes which proved beneficial after Hurricane Laura.

“Together we wanted to create the best doctor’s office that we could,” he said. “They studied best practices for office flow and privacy for the gynecology and obstetrics practice. “It was a nice experience working with Ben and he never questioned anything I was doing.” Broussard said.

Broussard says his skill is not so much in flamboyant design, but in function.

When asked about his success in working with others, design and organization, he answered, “I have never thought I know a lot about anything. If you have that attitude, then it makes it necessary to listen to everyone.”

The parade begins at 11 a.m. on Saturday, Dec. 3. The route begins at WW Lewis Middle School and ends at the Henning Cultural Center.