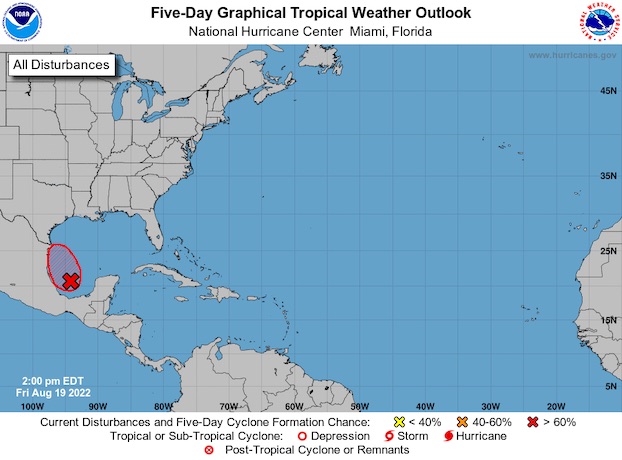 There is a high probability of tropical development in the southern Gulf of Mexico, the National Weather Service’s Lake Charles office is reporting.

Satellite imagery indicates showers and thunderstorms associated with a broad low-pressure over the southwestern Gulf of Mexico and the Bay of Campeche are continuing to become better organized.

The office said environmental conditions appear favorable for additional development with a tropical depression possibly forming later tonight or Saturday while the system moves northwestward across the southwestern and western Gulf of Mexico. By Saturday night, the system is expected to move inland over northeastern Mexico, which will end its chances of development.

An Air Force Reserve Hurricane Hunter aircraft is enroute to investigate the system.

As of now, the disturbance is not expected to have any impact across southeast Texas or Southwest Louisiana.