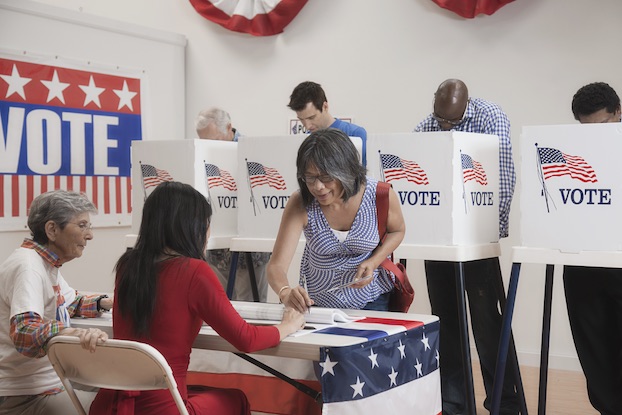 BATON ROUGE — The need for Louisiana to replace its voting machines is not in dispute.

They are badly outdated — deployed in 2006, the year after Hurricane Katrina struck — and do not produce paper ballots that are critical to ensuring election results are accurate.

What to do about them is another story.

The long-running drama includes previous allegations of bid-rigging, voting machine companies claiming favoritism and a secretary of state who is noncommittal about having a new system in place for the 2024 presidential election.

Local election clerks also worry about the influence of conspiracy theorists who have peddled unfounded claims about voting equipment and have been welcomed into the debate over new machines.

“It would be a travesty to let a minority of people who have little to no experience in election administration tear down an exceptional process that was painstakingly built over many, many years,” Calcasieu Parish Clerk of Court Lynn Jones told state officials in a meeting this summer. “And for us to throw it out of the window because of unfounded theories is mind-boggling.”

The uncertainty is playing out against a backdrop of attacks on the integrity of elections, fueled by former President Donald Trump’s claim the 2020 presidential election was stolen from him. Some of his supporters have been trying to convince election officials across the country that they should ditch machines in favor of paper ballots and hand-counts.

Whatever success they have had so far has been limited primarily to GOP-dominated rural counties. But in Louisiana, a heavily Republican state that Trump won by nearly 20 percentage points, they have managed to insert themselves into an already long-delayed process of choosing a new statewide voting system.

Louisiana officials have been trying for at least four years to replace their outdated touchscreen voting machines. Although some counties in four other states still use the machines, Louisiana is the only one where they are in place statewide — some 10,000 in all.

The machines’ main problem, aside from their age and the challenge of finding replacement parts, is that votes are recorded electronically without a paper record of each voter’s selections. That means if a result is in dispute, there are no individual paper ballots to review to ensure the outcome was accurate. Under a new state law, Louisiana’s next voting system must have a paper trail of ballots cast so election results can be properly audited.

“The problem in Louisiana is that if someone were to allege the voting machines had been hacked, there would be no conclusive evidence to rebut that,” said Mark Lindeman, director of Verified Voting, which tracks the use of voting equipment in the United States. “It leaves election officials to prove a negative.”

While election clerks agree the machines are antiquated and there is a need for a paper record, the equipment does not appear to have caused any major problems in recent years.

In 2018, the nation’s top homeland security and cybersecurity officials urged states to replace any remaining voting systems without a paper trail to improve security and increase public confidence. Congress allocated $805 million before the 2020 election to help states pay for security upgrades, including new equipment.

Louisiana officials, in a 2018 report to the federal agency disbursing the money, said they planned to use the state’s share to cover the costs of “a new electronic voting system” and noted the state had already begun the procurement process.

But that same year, the contract was voided amid allegations of bid-rigging. In 2021, Secretary of State Kyle Ardoin shelved another replacement attempt after the process was challenged by voting machine companies that claimed favoritism for the state’s current vendor, Dominion Voting Systems.

Following the 2020 presidential election, Dominion was ensnared in a web of conspiracy theories pushed by Trump and his allies, claiming their voting machines were rigged to steal the election. The company has pushed back, filing defamation lawsuits against conservative media outlets and Trump allies, including MyPillow CEO Mike Lindell.

More recently, Lindell traveled to Baton Rouge to testify before the same commission.

Lindell detailed his national quest against “corrupted” voting systems and “stolen” elections. “We lose everything if we keep even one machine moving forward,” Lindell told the commission.