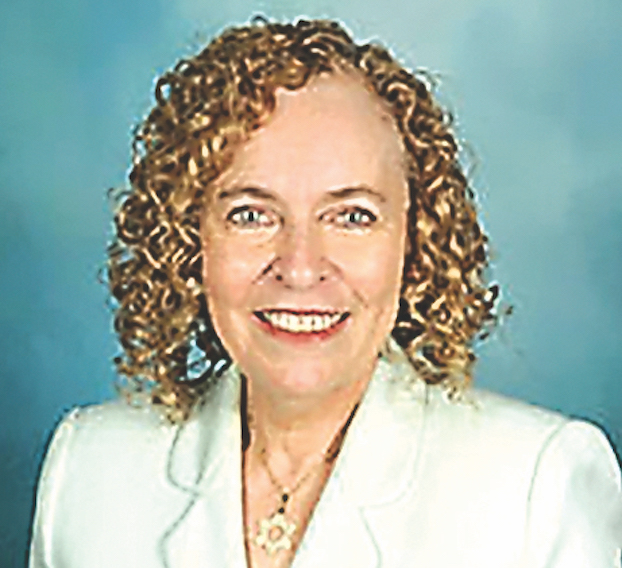 Michelle Beadle will be weaving the story of Exodus together with the death, burial and resurrection of Jesus, the Passover Lamb, using Scripture, song and visuals to walk through a Jewish Passover Seder at Iowa United Methodist Church at 301 Kinney Ave. in Iowa at 4 p.m. on Sunday, March 27.

Christians celebrate the resurrection of Jesus Christ on Easter Sunday and his birth in December. While most are familiar with the Exodus from Egypt and the Israelites’ final meal, Passover is not typically observed with the same fervor. It’s not associated with a federal holiday. Seder,
the Passover feast, isn’t as popular as the Thanksgiving turkey.
Michelle Beadle, a messianic Jew from CJF Ministries in New Orleans, believes learning about this Jewish tradition benefits the person of faith today.
“While he was here on earth, from boyhood until his death,” Jesus observed the Jewish holidays,” Beadle said. “His parents named him Jesus or Yesus, a translation of the word Yeshua, which means salvation. Christ or Cristos is a translation of the Hebrew word Mashiach or Messiah, which means anointed one. To better understand Jesus, I think it’s important to understand his cultural and religious background.”
Beadle will be weaving the story of Exodus together with the death, burial and resurrection of Jesus, the Passover Lamb, using scripture, song and visuals to walk through a Jewish Passover Seder at Iowa United Methodist Church at 301 Kinney Ave. in Iowa at 4 p.m. on Sunday, March 27.
She is a first generation American, the daughter of German Holocaust survivors.
“I grew up in New York City, and began to search for meaning about the same time I started attending Cornell,” she said. “That search led me to Jesus.”
The turning point was when Beadle and her best friend, a Malaysian foreign student, attended a conference together.
“At dinner, a woman joined us. Neither of us knew her, and the first words out of her mouth were, ‘Do you know Jesus?’ I looked at my friend and wondered, what’s going on here? The Holy Spirit immediately quickened my spirit, helping me to understand I could trust my friend. I didn’t know it, but at the age of 14, she can become a believer despite growing up in the Hindu religion and culture. God sent her halfway across the world to lead me to Jesus.”
This free program is appropriate for third-graders to adults. Children will be invited to participate. Some of the most common items from the ritual feast will be available as “appetizers.”  Pre-registration is required, as seating is limited. Text 337-302-1203 with name, phone number and the number of seats requested.
This is just one opportunity for finding out how the Jewish feast of Passover and the last supper Jesus shared with His disciples are connected.

At Trinity Baptist Church, 1800 Country Club Rd. in Lake Charles, Roei Stanley, a Messianic Jew living in Tel Aviv, Israel, will present “Christ in the passover: A Seder’’ at 6 p.m. Thursday, April 7, in its Student Venue.The cost is $12. Space is limited. Childcare is available.
“The Passover Seder, the most commonly celebrated Jewish ritual, celebrated by Jews all over the world, is a ritual feast that marks the beginning of the Jewish holiday of Passover,” according to Michael Smith, communications director at Trinity Baptist Church.
Trinity Baptist Church Executive Pastor of Ministries said The Last Supper or The Lord’s Supper that was held the night before crucifixion was a Passover feast.
“But Jesus took it a little further,” Ellis said, “when he said to practice this in remembrance of his birth, life, death and resurrection.
Since this is Jewish Passover season, Ellis decided to have the program as a look back to our Jewish roots and heritage.
“All of this is in Exodus Chapter 12 and it’s highly symbolic how God delivered the Israelites after over 40 years of bondage. Each part of the Passover/Seder meal is highly symbolic of that deliverance,” he said.
It’s another way to tell a story, perhaps the greatest ever told. Jewish or not, religious or not–all are welcome.

Jennings native to run NYC half marathon in memory…