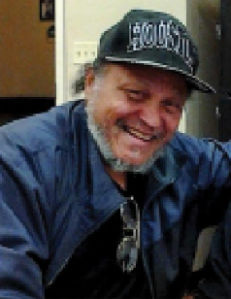 The oldest of four children, he held himself to a high standard, leading by example to his siblings. During his school years, he often accompanied his father’s blues band “Cookie and the Cupcakes” to various gigs. He attended Marion High School, graduating class of 1972. Upon graduation he enrolled at McNeese State University where he completed a year before answering the call to serve his beloved nation.

In 1973, he enlisted into the United States Air Force where he served as a combat medic. It was during his deployment to the Philippines that he met Concepcion. They were married on Oct. 25, 1977 and welcomed two daughters, Christina and Glenda. Due to injuries sustained during his enlistment he received an honorable medical discharge and returned with his daughters to Lake Charles.

He held the duty to his family in the highest regard, although medically disabled, he did not allow it to deter him from providing a good life for his children. He was the most valuable man, a jack of all trades, a master of none, he took odd jobs to provide them a quality education. He was a stern but fair and kind man to his children; he taught them to never give up nor complain no matter the circumstances. He was a dedicated family man who enjoyed nothing more than spending time together, cooking, or BBQ’n.

He was welcomed into Eternal Rest on Tuesday, Jan. 18, 2022 by his loving parents, Ernest Franklin and Beatrice “Bea” Jacobs; two brothers, Kenneth Jacobs and Gary Jacobs.

The family will welcome friends on Saturday, Jan. 29, 2022 at University Baptist Church beginning at 9:30 a.m. to 10:30 a.m. A Mass of Christian Burial led by Father Wayne LeBleu will begin at 11 a.m. at Immaculate Heart of Mary Catholic Church with burial to follow at Combre Memorial Park Cemetery. A repass to follow at KPC located at 2526 Opelousas St. Lake Charles.