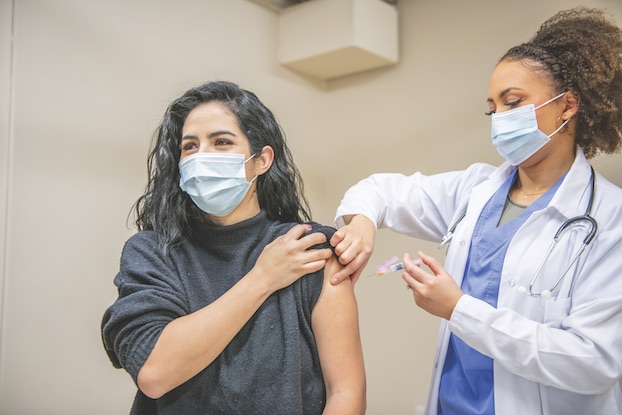 The Biden administration has officially withdrawn a rule that would have required workers at big companies to get vaccinated or face regular COVID testing requirements.

The Occupational Safety and Health Administration confirmed the withdrawal Tuesday. But the agency said it still strongly encourages workers to get vaccinated.

In early November, OSHA announced a vaccine-or-test mandate for companies with at least 100 employees. The rule — which would have impacted more than 80 million U.S. workers — was originally set to go into effect on Jan. 4.

But numerous states and business groups challenged the rule in court. On Jan. 13, the Supreme Court halted the plan. In a 6-3 ruling, the court’s conservative majority concluded that OSHA had overstepped its authority.

“OSHA has never before imposed such a mandate. Nor has Congress,″ the court’s majority wrote. ”Indeed, although Congress has enacted significant legislation addressing the COVID-19 pandemic, it has declined to enact any measure similar to what OSHA has promulgated here.”

OSHA indicated that the rule could return in some form. While it is no longer an enforceable standard, it remains a proposed rule, OSHA said. In the meantime, the agency said it will prioritize the health care mandate.