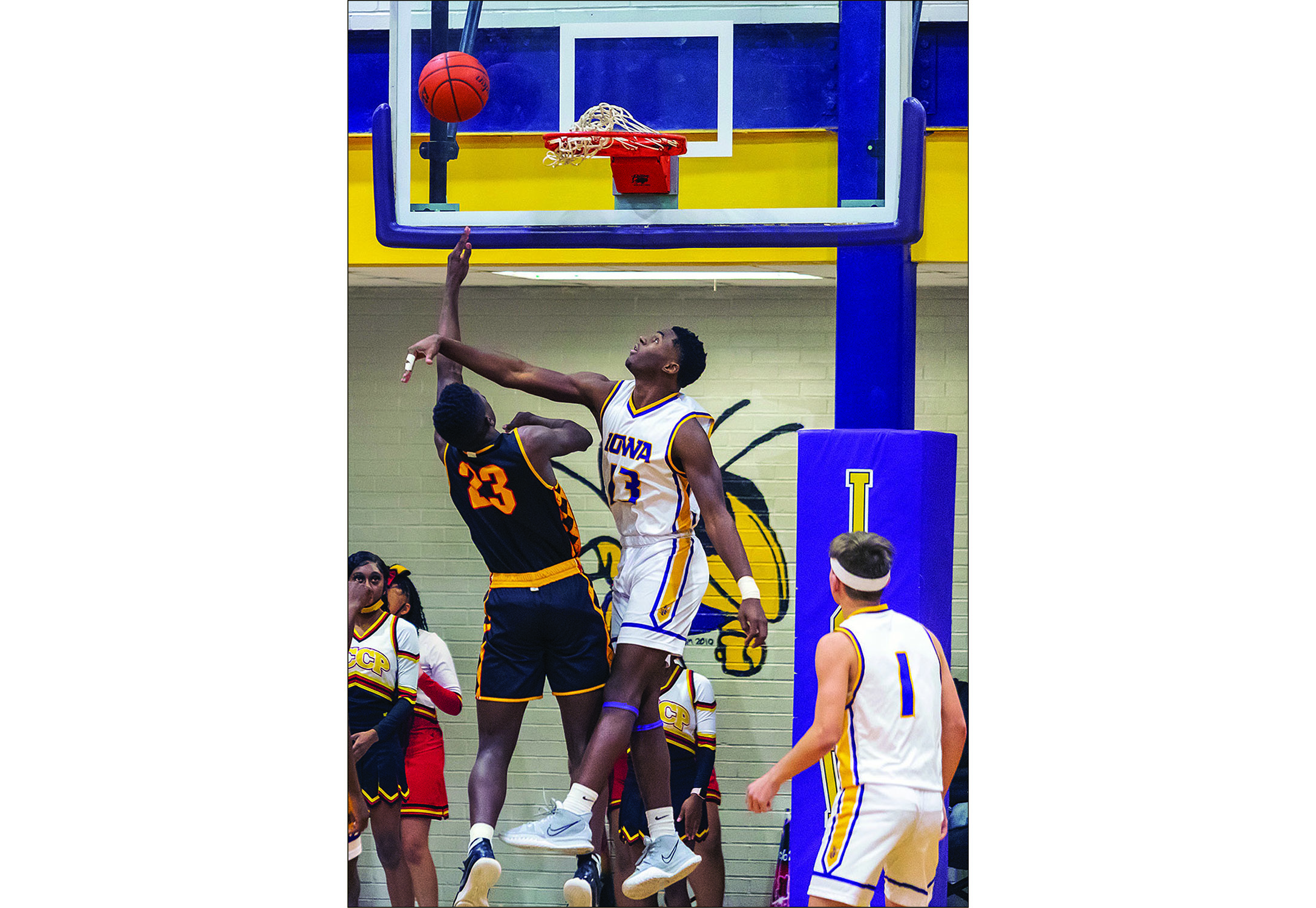 IOWA — A quarter of shut-down defense gave Iowa control of its District 4-3A game against Lake Charles College Prep Friday night, with the Yellow Jackets cruising to an 80-48 win.

The Jackets (15-4, 2-0) started slow but turned up the defensive intensity in the second quarter, outscoring the Trailblazers 28-10.

The Yellow Jackets opened the quarter with an 18-2 run to take a 15-point lead.

Curtis Deville scored six points in the run, including consecutive baskets after grabbing an offensive rebound. Landon Langley and Desamonte Gradney each scored twice in the run.

Prep’s offense stalled in the first 4 minutes of the quarter. The Blazers (13-7, 1-1) scored on one of its first nine possessions while turning the ball over four times and having two empty trips to the free-throw line.

“Prep started the game with a lot of energy, but once their adrenalin wore off we settled down and did what we needed to do,” Iowa head coach Rob Melanson said.

“Curtis was a man among boys,” Melanson said. ‘He was the man right there, then Desamonte stepped his game up big time. The thing that changed it in the second quarter was our defense. Jhaylon Moss and Crajaun Bennett forced a couple of turnovers, got a few steals and we were off to the races.”

The Blazers opened the game in good form, taking a 17-16 lead after the first quarter. Ryan Batiste scored 11 points in the quarter and finished with a team-high 13 points in the first half.

Batiste and Elijah Garrick scored 13 each to lead the Blazers. E.J. Franklin added 12.