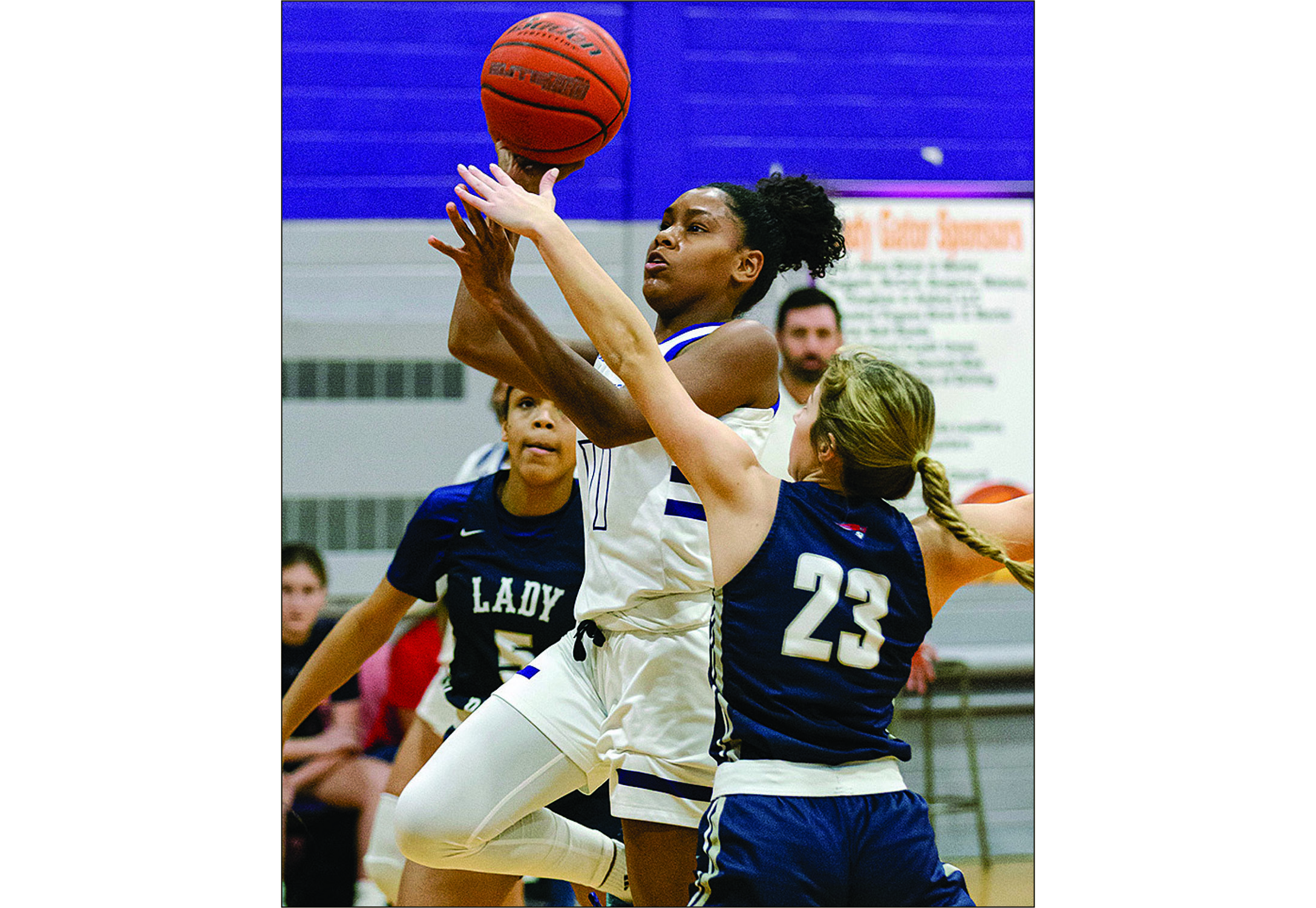 The Gators’ Miah Alexis powers her way through the lane for a bucket against North Vermilion during a District 4-4A game Tuesday night at LaGrange High School. Alexis registered a triple-double of 21 points, 10 rebounds and 10 steals. (Rodrick Anderson / American Press)

“I love how she’s adjusting to her new role this year,” LaGrange head coach Lakeem Holmes said. “Last year, she initiated the offense and allowed Jeriah (Warren) and Aasia (Sam) to play off-ball. This year, she’s looking to score more, and she is a lot more aggressive.”

“It is just settling nerves,” Holmes said. “We had a lot of errant passes. We just threw the ball out of bounds with no pressure.

“When we get better at handling the moment, we will get better and better. Once we settled down, I felt like we played a little better. We still have a lot of things to clean up.”

The Patriots turned the ball over 13 times in the second quarter and committed 36 for the game.

“We started playing fundamental basketball,” Holmes said. “We stopped reaching so much.

“When we stand on our keys (defense) and rotate and play hard like we have been known to do, good things happen. The basketball finds the rim for us. It starts defensively. When we were able to lock down defensively, that is when we were able to get into transition and get going. They are a very good team.”

A 9-0 run put the Gators up 50-28 with just over 2 minutes left in the third quarter on a put-back by Ala’jsa Walker.

Despite scoring more than 70 points for the second time in three games, Holmes said the young Gators will need to do better offensively.

“We have to continue to work on our offensive side,” Holmes said. “We don’t have a true point guard.

“As the young pieces grow around our three seniors, we will get better and better. Even that being our best offensive game, everything stemmed from our defense. I want to say we turned them over a lot more and were able to get layups. When we are not having to set certain things and get up and play fast, it is better off for us.”