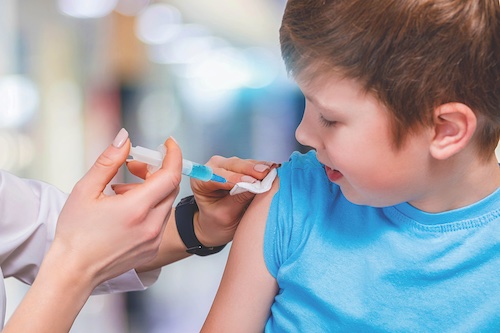 Those doing the complaining are simply key players in what is really just a continued attack on the administration of Democratic Gov. John Bel Edwards. State Attorney General Jeff Landry also continues to try and sue himself into the governor’s office.

The health department submitted public notification to legislators in September that it intended to add the coronavirus vaccine to its state-mandated immunization schedule. The Senate and House health committees can block that effort with agreement from the governor, but Edwards has made it clear that isn’t going to happen.

“Typically, when the FDA gives full licensure or full approval to a vaccine, we will add it to the schedule, and that’s what we’re doing here through a formal rule-making process,” Edwards said.

The governor said it would be “inappropriate, unfortunate and dangerous” to keep the vaccines from students. And it comes at a time when a new variant is on the rampage.

Landry, who has filed a long list of lawsuits against things Edwards does that he doesn’t like, wrote the health department saying that requiring those vaccinations is unconstitutional and may be worth another lawsuit.

Like others, Landry says the department would be requiring an injection that doesn’t prevent disease. Yes, that’s true, but are there really any immunizations that wipe out disease completely?

Students in Louisiana in both public and private schools already have to be vaccinated against polio, diphtheria, tetanus, chickenpox, hepatitis B, the whooping cough, measles, mumps, and rubella.

This uproar from Landry and legislative leaders is simply a political sideshow because Louisiana offers broad immunization exemptions. Students or parents can provide a written dissent or a letter from a doctor citing medical concerns. The state Department of Education even provides an online stock exemption form.

White called the immunization plan an intimidation tactic, and immediately intimidated the health department. He said if the department moved forward with the mandate, “We will take action that will severely affect their budget.”

The senator also said COVID-19 isn’t a childhood disease and shouldn’t be required for school entry. However, the health department said 18 children in Louisiana under the age of 18 have died of the disease.

Speaker of the House Clay Schexnayder of Gonzales hasn’t tipped his hand, but he said, “This is a line in the sand that will not be crossed.”

White also led the assault on the highway department. He said he’s so dissatisfied with the department’s handling of road and bridge money that he’s ready to “blow it up and start over.”

“You’re just dysfunctional,” he told a department deputy secretary. Then, he pulled his intimidation routine, saying he wants legislators to look at restructuring the highway department.

The department and Edwards did hear some kind words last week from another Republican — Rep. Mike Huval of Breaux Bridge. Huval, the governor and Shawn Wilson, secretary of the department, celebrated the completion of Interstate 10 widening between Interstate 49 and La. 328.

Huval said, “Interstate 10 is a critical economic corridor as well as a main vehicular artery for hundreds of thousands of motorists. Once completed, this will provide a more efficient commute, save lives and enhance this economic corridor.”

That project and a number of others around the state have been completed because of Wilson’s ability to get the most bang for every highway dollar the state receives. And it hasn’t received much.

Edwards is going to be our governor for two more years, and it is long past time for his Republican critics to give all of us a break from their constant and meaningless personal and political attacks.