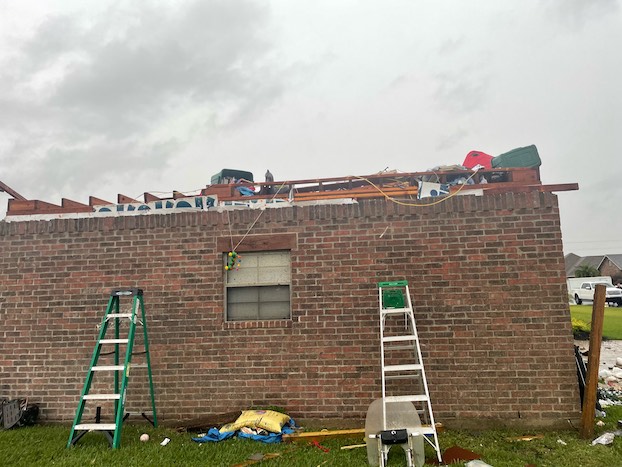 Still reeling from last year’s multiple hurricanes, flood and freeze, Southwest Louisiana is recovering this afternoon from a series of tornadoes that touched down in south Lake Charles near Ham Reid Road and north Lake Charles in Greinwich Terrace.

“Along and ahead of this line of storms had the best potential for severe weather to form,” Jones said.

Wind gusts of 60 mph were reported in some areas.

Calcasieu Parish Sheriff’s Office spokeswoman Kayla Vincent said deputies are going door to doors in areas off of Ham Reid Road — from Nelson to Ihles roads — checking on residents after a twister touched down in several neighborhoods. She said CPSO will also be conducting extra patrols throughout the night in the areas damaged.

The severe weather also led to the early dismissals of Vincent Settlement Elementary and LaGrange High schools due to power outages.