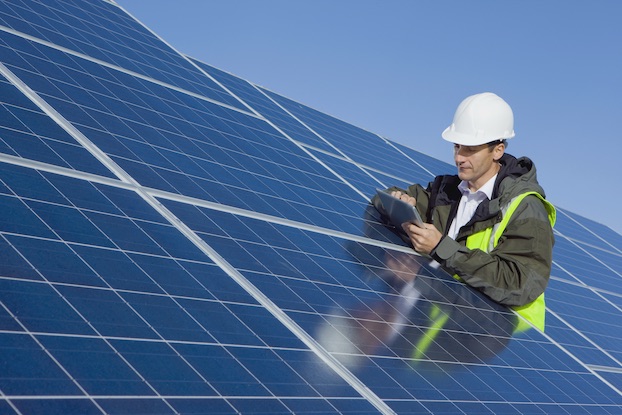 After the meeting, Lafargue said he did not agree with solar farms or placing them in areas zoned as light industrial.

“I do not have a desire for them to come to Jeff Davis Parish,” Lafargue said. “Everything I have read about them and researched, they make noise and the bulk of my constituents told me they weren’t interested in windmills in any shape, form or fashion.”

“The fear I have is if you put them in I-2, then they leave then a heavy industry could go into I-2,” Eastman said.

Police Juror Marcus Peterson said zoning for solar projects is very controversial across the United States. He said the parish should look at what other areas have done or are doing.

Police Juror Chad Talbot said he is not for windmills, but does favor solar panels. The police jury needs to be open-minded and listen to the issues, he said.

“I’m pretty sure we are going to be contacted and I think the parish has already been contacted,” Talbot said. “They are probably going to show interest in coming to Jeff Davis, so we need to have a discussion.”

The Calcasieu Parish Planning and Zoning Board approved a zoning exception in August, allowing for a proposed 2,400-acre solar project in an area zoned as agriculture and commercial near Holmwood, southeast of Lake Charles. Because the application was for a zoning exception, the planning board’s action is final and no further action is needed by the Calcasieu Parish Police Jury.

Several residents in the area recently filed a lawsuit against the Calcasieu Parish Police Jury and the zoning board challenging that action, according to Calcasieu Parish legal counsel Sam Gabb. The opponents contend the project would have a negative impact on the land, which is currently used for pastures, lower property values and worsen existing traffic problems.

Supporters of the project have touted its economic impact, including up to $6 million in one-time sales taxes and $40 in personal property taxes over the 30-year life span of the project.

“Right now we have nothing because our current ordinance doesn’t even list solar farms in our zoning,” Bruchhaus said, referring to Jeff Davis Parish. “If somebody came to apply tomorrow without this they would not be subject to zoning. They’d be A-1 (agriculture).”

“It’s certainly industrial, so we need to have a listing on our chart for solar farms,” Bruchhaus said. “We don’t have an ordinance, but this is something that we could at least have to consider.”

“We need something in our ordinance,” he continued. “If they come to us we need to say where we will be able to put them because as of right now they could just go operate anyway under A-1 (agriculture).”