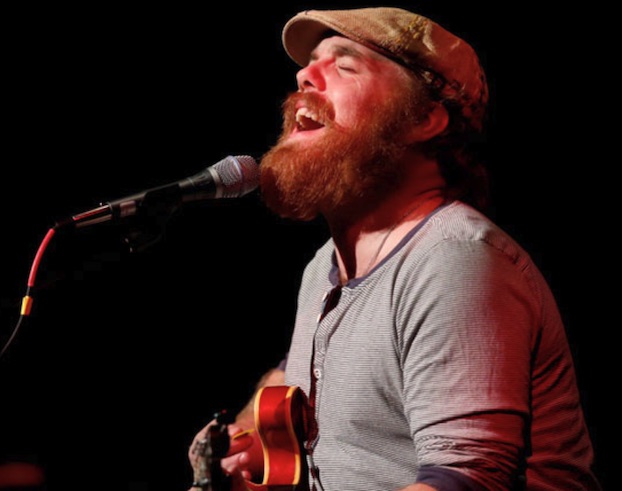 International touring and recording artist Marc Broussard will take center stage at This is Home. (Special to the American Press)

Get out of the house on Saturday. “This Is Home Festival 2021” is the place to be for an art market and free music entertainment including international touring and recording artist Marc Broussard. Food, beer, wine and water will be available for purchase.

“It’s pretty much the same footprint as Downtown at Sundown for the setup,” said Jay Ecker, festival chairman.

A section of Ryan Street will be blocked off and the stage will be north facing in front of the Historic 1911 City Hall between Kirby and Iris streets.

“Chuck Fest organizers encountered some logistic problems and organizers wanted to take advantage of planning that had already been done. So, we partnered with the Arts & Humanities Council of SWLA,” Ecker said. “Their programs will benefit from the proceeds.”

“This festival is exactly the kind of event that Lake Charles Toyota likes to sponsor,” said Lake Charles Toyota General Manager Corey Tarver. “It elevates the quality of life for the people of Southwest Louisiana and celebrates two of the things we do best: art and music. Marc Broussard is an incredible Louisiana talent, and it will be wonderful to see him take center stage in Downtown Lake Charles Saturday.”

The mission of “This is Home Festival 2021” is to celebrate the spirit and resilience of the Southwest Louisiana Community, according to a news release from Devan Corbello, executive director of the Arts & Humanities Council of SWLA.

“The festival will promote our rich culture by presenting the area’s finest musicians and artists in a family-friendly outdoor setting,” Corbello said.

Also included in the day of music will be Young Band Nation at noon, comprised of Students of the SWLA Music School led by teacher/guitarist Marcus Johnson. Hear classic rock from The Raw Dawgs beginning at 1:30; Original Blues Band Three Sheets featuring vocalist Kelly Lanier and local guitar legend Eric Sylvester at 2:45; R&B and soul from Jarvis Jacob and the Southern Gents at 4 p.m. and at 5:15 a reunion performance from Louisiana’s Kingfish presenting their original blend of Cajun, zydeco, rock and blues. Broussard begins at 7 p.m.

Concertgoers are encouraged to bring their lawn chairs and enjoy the beauty of Historic 1911 City Hall and Parish Courthouse. For more information, contact Ecker: jayecker@hotmail.com; 337-853-8800.