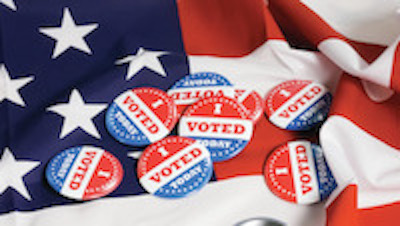 Louisiana legislators are seeking input from the state's voters before they start the process of redrawing election lines using 2020 U.S. Census figures.

A joint committee of Louisiana legislators will begin a series of 10 meetings next Wednesday aimed at getting citizens in different areas of the state to tell them how they would like their new election lines to be drawn. The Lake Charles meeting is scheduled for Dec. 15.

The process of redrawing election lines is done after the U.S. Census every 10 years and it is called redistricting. The Louisiana Legislature sometime early next year will meet in a special session to redraw election lines for six government bodies.

Those government agencies are the state House and Senate, members of the U.S. House, the state Public Service Commission (PSC), the state Board of Elementary and Secondary Education (BESE) and state courts.

Many citizens have a difficult time remembering all of the officials who represent them in those government agencies, and that is no surprise. Let’s see why that’s true by taking state Senate District 25 as an example.

If some voters in Acadia and Calcasieu don’t know who represents them in the Senate, it’s easy to understand why.

The 2020 census shows that each state senator should represent 119,429 people, an increase of 3,189 since the 2010 census. The numbers don’t have to be exact, but they can’t be more than 5 percent above or 5 percent below that new number.

Even though it may be difficult for citizens to understand the process of redistricting, they are protected in a number of ways.

All redistricting plans have to comply with the Equal Protection Clause of the 14th and 15th Amendments to the U.S. Constitution and with other applicable federal and state laws. Districts have to be composed of contiguous geography (sharing a common border or touching).

Districts should contain whole voting precincts, but if they have to be divided they have to be put in as few districts as possible. Boundaries of parishes, municipalities and other political subdivisions have to be respected in the process.

Those who chair the Joint Governmental Affairs Committee that is conducting the 10 meetings have made it clear they don’t want any election lines redrawn until all citizens have had an opportunity to offer their input.

It is expected the committee will focus at each meeting on the public officials who represent that part of the state. The Lake Charles meeting would deal primarily with officials representing Acadia, Allen, Beauregard, Calcasieu, Cameron, Jeff Davis and Vernon parishes.

The 2020 census had some good news for Calcasieu Parish and Lake Charles. The parish population was 216,785, an increase of  24,017 citizens since 2010, for a growth rate of 12.5 percent. Only St. Bernard, Ascension and St. Tammany parishes had higher growth rates.

In addition to citizens having an opportunity to say how they want their election districts to look, a number of organizations will also be involved in overseeing the redistricting process. They include Fair Districts Louisiana, the NAACP Legal Defense Fund, Louisiana Progress and others.

Spokespersons for those organizations have said Louisiana’s current political maps don’t measure up to being either fair or equitable. They want to see that changed. Their No 1 goal will be trying to keep legislators from gerrymandering, which is manipulating the boundaries in order to favor one political party or another.

While the 10 public meetings are taking place, the American Press will make every effort to help Southwest Louisiana citizens better understand the complicated redistricting process.