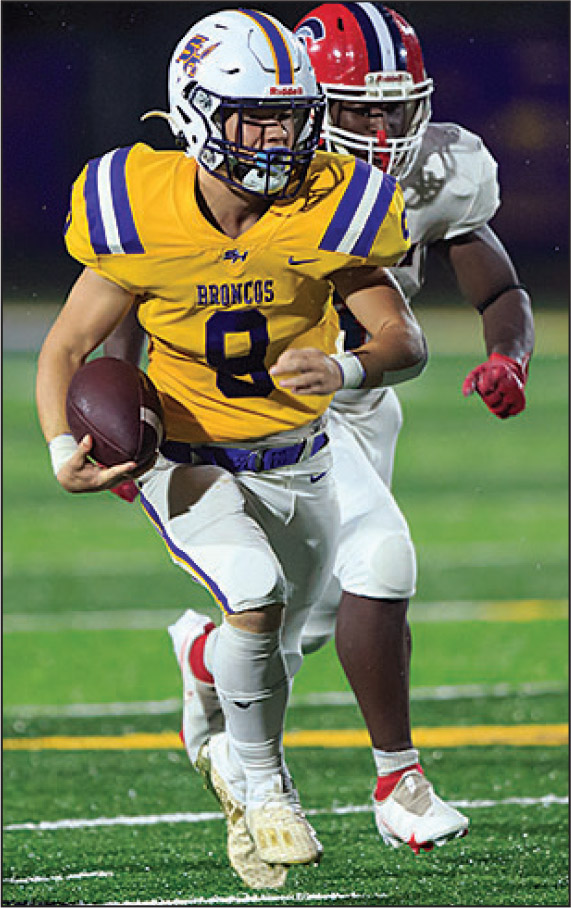 MOSS BLUFF — Sam Houston looked in control early in the third quarter, but a bad snap on a punt plus turnovers gave Comeaux the fuel it needed for a 44-23 comeback win Friday night.

“We played really well in the first half,” Sam Houston head coach Chad Davis said. “Everything that we were doing, we were being successful and playing with good attitudes.

“Then things didn’t go our way in the second half. We had a few turnovers there late, and it kind of took the air out of everything. Great job by Comeaux, that is all I can say.”

Comeaux (3-2, 2-0 District 3-5A) gained 241 of its 347 total yards in the second half. Quarterback Sean Malveaux scored three times and the defense picked off three passes, including Zylon Paul’s 12-yard pick-six with 2:22 left in the game.

“They came out like gangbusters in the second half,” Comeaux head coach Eric Holden said of the Broncos. “Sam Houston didn’t make it easy.

“Their coach does a great job. This was a hard-fought game and he has a bunch of good football players over there. It was a fun game.”

The turning point came when Broncos (2-2, 1-1) lost 29 yards on a bad punt snap. With a short field, Malveaux scored the go-ahead touchdown and 2-point conversion for a 24-23 lead with 3:39 left in the third quarter.

Sam Houston led 16-8 at halftime and added to its lead on a 2-yard run by Dylan Abshire early in the third quarter, but Holden paired down the Spartans playbook in the second half to get the ball rolling. Malveaux capped a 69-yard drive with the first of his three scores to pull the Spartans within 23-16.

Malveaux completed 7 of 21 passes for 164 yards, and running back Treyven Paddio had 153 yards and a touchdown on 22 carries. Jaylon Domingeaux had four catches for 120 yards.

“We are a young team, meaning that it is a new culture and everything is changing,” Holden said. “At times, I want to run the more intricate things we do. But I have to remember they are young in this offense and they are not going to function like a veteran team, so I have to go back to the basics.

“I needed to pare down the offense and keep it more basic. Once I simplified it, we started moving again.”

Sam Houston freshman running back Drew Bailey ran for 121 yards on 26 carries while freshman quarterback Gavin Stout completed 13 of 32 passes for 173 yards with one touchdown and three interceptions. Quinton Simon was Stout’s favorite target with nine catches for 122 yards and a score.

Sam Houston senior defensive back Jordon Campbell had an interception and broke up two passes.

The loss ended a twogame win streak for the Broncos, who will face Barbe next week.

“We are 1-1 in district, but the thing is we still have another game next week,” Davis said. “We have to learn from this situation and come back to work next week and get back to the grind.” 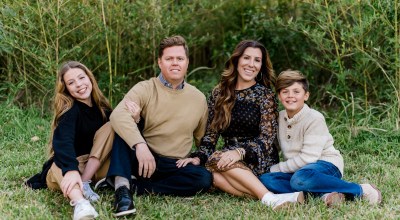