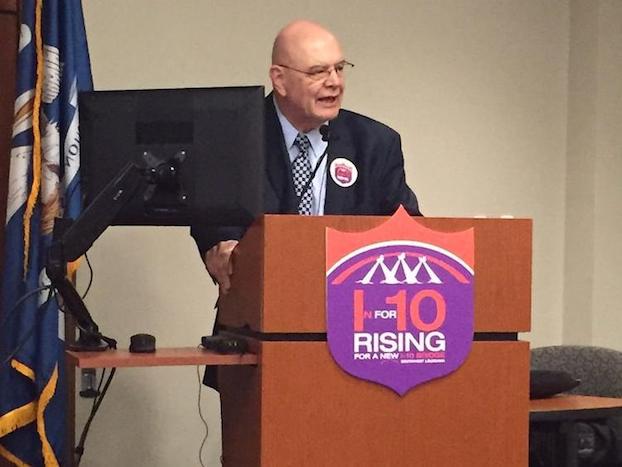 The Calcasieu Parish Hurricanes Laura and Delta Long-Term Community Recovery Plan is an excellent blueprint for our region’s recovery and sustainability for generations to come. The over-riding issue to solve is that of affordable housing.

Thousands of moderate and lower-priced single-family homes and apartments were destroyed. About 50 percent of the Calcasieu housing stock was severely damaged. Estimates are that about 12,000 of those housing units are still uninhabitable. This is probably why several thousand residents left the area and most have not returned. Lower school enrollment and lack of available workforce are just two of the effects of our housing shortages.

Just as across our nation, thousands of jobs are available in our area. There are several factors why those jobs are not filled. Among those are lack of housing, lack of day-care, and non- competitive wages. The Washington Post recently published a thought-provoking article that stated people do not want to work in the type jobs that are available.

To help overcome this, there will need to be re-training for new career fields.

SWLA is very fortunate to have both McNeese and Sowela to train workers for the future.

Regarding our employment levels, McNeese and Alliance Economist Dr. Dan Groft states, “We are exactly back at pre-storm levels (Aug .2020) and no longer above as we lost jobs in August 2021.

“However, we have to remember these are preliminary and we will see the revised figures next month. It’s still good news as we continue recovery that we are not below where we were prior to Laura. This is sort of in line with the disappointed national figure we heard about at the beginning of the month.

The delta variant has hurt our area, as well. We are still not at pre-pandemic (Feb. or March 2020) but neither is any other MSA in the state. However, we are the only MSA still below April 2020 (low point of the pandemic) levels. This is expected due to the storms putting another obstacle in the way of total COVID recovery.”

Recovery and rebuilding projects are everywhere. Lack of insurance settlements, lack of contractors and the high cost and unavailability of building supplies continue to slow the process.

Many businesses have completed repairs and reopened in buildings better than before. New businesses have opened since the hurricanes of 2020. Among those are Bowie Outfitters and Drago’s inside L’Auberge Casino Resort. Buffalo Wild Wings is moving into an all-new stand-alone location alongside co-owned Arby’s. Buffi’s Po-Boys left their damaged building on Ryan to move downtown. Rita’s Creole Family Kitchen is moving into the old Chastain’s on Ryan. Coffee 30 has opened on College Street. Mama Reta’s is coming back to Lake Charles with a location on Belden Avenue. Golden Corral has rebuilt. Mr. Gatti’s completely rebuilt and is open. The James 710 has opened along with Shwarma’s, and Fire and Oak. The Isle of Capri which closed after Laura is constructing a completely new land-based casino, hotel, and restaurant destination. Several Market Basket Stores have rebuilt and reopened including 3rd Avenue and Lake Street with several of their other locations coming back soon.

Southgate Shopping Center is being redesigned and will have a fresh, new look. Favorites such as Pat’s of Henderson, Pronia’s, and Mr. Bill’s Seafood are still in the rebuilding process but will be back. Nelson’s Donuts is back after a fire destroyed their building. A new fiber optic provider, VEXUS, announced the investment of over $50 million in Lake Charles, Sulphur, and Westlake to build a new high-speed fiber network.

Businesses such as the venerable Tony’s Pizza was quick to open after the storms and continues to be a model for resiliency. There are many other success stories, too numerous to mention.

To “pivot” is a new way of life as we adapt to numerous natural disasters. We know what those areas impacted by Hurricane Ida are going through and our hearts go out to them. While there are many positive recovery signs and much new investment in our area, the housing issue must be solved. Federal Recovery Disaster Funds will be needed to accomplish this. Private developers can solve the housing issues with financial incentives from government agencies. The Recovery Plan put together by the Police Jury is needed to make Southwest Louisiana stronger and better than ever.