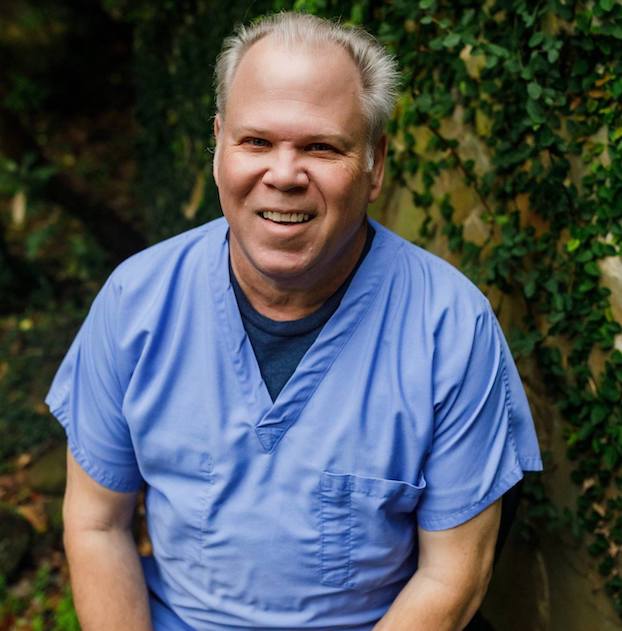 Michael Breaux said he was first schooled on the art of cooking — Cajun style — at Conoco. (Special to the American Press)

“I cook 99 percent of the time. Sometimes Susan might make a salad, soup or dessert, but her cooking isn’t as good as mine,” he said with a chuckle.

He’s been at home in the kitchen since 1980. He kicked production up a notch after he became a single dad with four kids to feed.

“I used the Crock-pot quite a bit back then,” he said. “Or, I’d make a pot of beans and we’d eat on that for a few days. The problem with Crock-pot meals is every recipe can taste the same after a while. I found that to be true for all but one recipe. I think it was called chicken supreme. It called for lining the pot with Armor dried beef and adding chicken breasts wrapped in bacon, cream of mushroom soup, flour and a little water. Of course, bacon makes everything better. You served it over noodles.”

Breaux says he was first schooled on the art of cooking — Cajun style — at Conoco.

“Those Cajun men could turn a pot of beans into a gourmet meal,” he said. “They knew how to cook.”

One of those men, in particular, he’s never forgotten, Papa Young.

“I have no idea what his first name is,” Breaux said, “but I do know that he made the best gumbo I had ever eaten in my life.”

He asked Papa Young the secret behind his success.

“ ‘Well, sha,’ ” he told me with his Cajun accent, ” ‘to make good gumbo you need two things, good smoked sausage and a cold or rainy day outside.”

One hot day in August when temperatures in the plant soared to 105 degrees, Breaux came in dripping with sweat and he smelled gumbo.

“I walked back out the door and there wasn’t a cloud in the sky,” Breaux said. “I walked back in and asked Papa Young why he was making gumbo on a sunny hot day and he answered, ‘It’s raining somewhere, sha.’ I pass on that story now when people ask me why I’m making gumbo when I want to make gumbo.”

Now he humbly and confidently declares his gumbo as the best, period. It’s his family’s favorite and usually served with Salvo’s French silk pie, a dessert he can’t replicate much less top. He has 10 children, all with different food preferences, and one has a food allergy, which can be challenging at times. He is a confirmed foodie with an appreciation for down-home Cajun cooking to haute cuisine. He’s honed some serious culinary skills since the Crock-pot and Conoco days, mastering the legendary Commander’s Palace Turtle Soup au Sherry.

“It’s a two-day labor of love,” he said. “It takes an entire day to make the stock, partly because of the work to remove the meat from the bones. The turtle’s anatomy is so weird. You can buy one frozen from JT’s or a live one on 14.”

Bones have to be browned. A pound of spinach must be deveined. Tomatoes have to be scored just so then scalded, seeds removed and sliced a certain way. A dozen boiled eggs are required and a bottle of sherry, maybe a bit more than that.

“When we travel, Susan and I always insist the kids try one new thing. In Paris, we had them try foie gras,” he said.

Foie gras is the liver of a specially fattened goose or duck, deveined, cooked, seasoned and ground to a pulp and formed into a mold. One of the Breaux twins pronounced it yucky and the other, yummy. Breaux’s most memorable meal, thus far, was served to him in Paris. The atmosphere was part of the pleasure, a glass ceiling that allowed him to see the Eiffel Tower.

He ordered handmade ravioli stuffed with mild blue cheese with a sauce so delicious he had to know what was in it.

“The waiter told me it was seared foie gras and heavy cream that made it so delicious. It was delicious but I told the waiter the one thing that would make it even better was bacon.”

To that the waiter replied with his French accent, “But monsieur, foie gras is the bacon of France.”

Breaux is passionate about food from smoked pigtail spaghetti — one of those Conoco recipes — to Pork Aux Champignons.

“Preparing food is an expression of love,” he said. “It’s when we spend the most time together in each other’s company.”

The family puts away their cell phones, unless it is to Google something that adds to the conversation.

“I think the lack of cultural diversity and prejudice in this world could be solved with two things, enjoying the food and music of other cultures,” he said. “Those are the things that can make us push past our cultural boundaries, no matter who we are.”

To see some of Breaux’s favorite recipes, go to his Facebook page. Open the album entitled, recipes.

To recommend a favorite home cook or chef, send an email to
rita.lebleu@americanpress.com or call 337-494-4072. 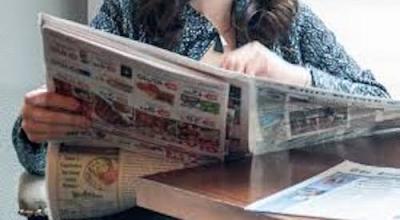