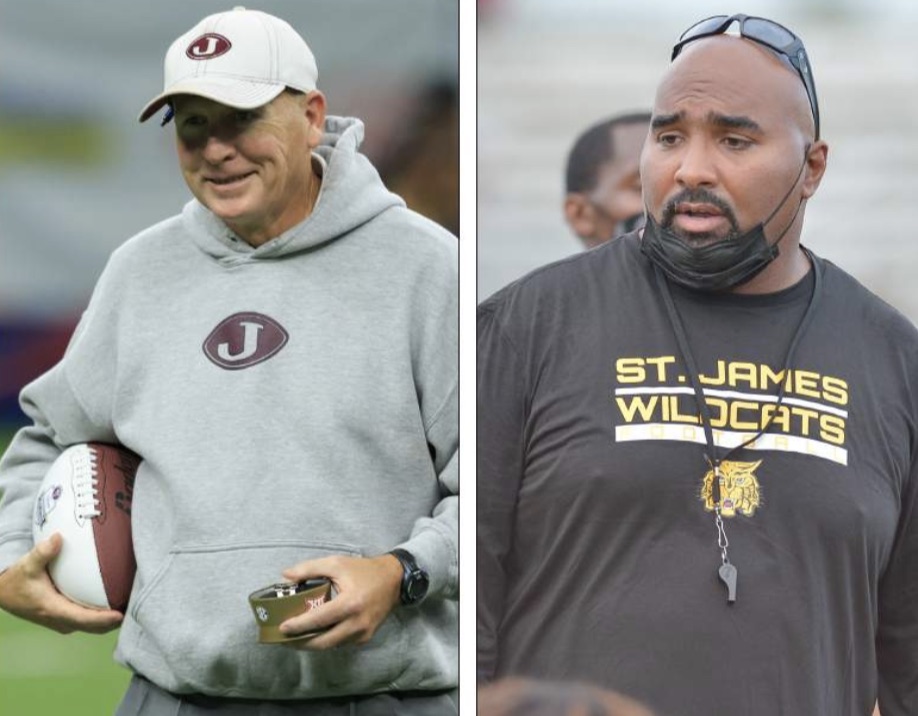 With a friend in need, Jennings head football coach Rusty Phelps was there to help.

When Hurricane Ida struck southeastern Louisiana, St. James High School suffered extensive damage. The St. James coach, Robert Valdez, is a friend of Phelps. When Phelps called to check on him, Valdez reported that his team had lost all its equipment.

After getting permission from principal Selena Gomes, Phelps called Valdez and told him to come over to pick up 35 sets of shoulder pads and 87 helmets to borrow. A few weeks later, St. James was back on the field.

St. James and Jennings met for the 2019 Class 3A state championship game, with St. James winning the state title.

“Over the years we developed a good relationship,” Phelps said. “We weren’t always talking about football, we’d call just to check on each other, see how the other was doing.”

“He told me that they were not affected as bad as some other areas,” Valdez said. “I was just calling to check on him. We’ve had a great professional friendship since the championship game. I went on a visit to McNeese with one of my players and met his son, who worked in the equipment department there.”

The St. James High football team lost all of its equipment to Hurricane Ida.

“We had a lot of damage to the school and the athletic building,” he said. “I told him that our biggest problem would be finding helmets and he said he might be able to help with that. He talked to the principal then called back and said he had set we could borrow. The next day we loaded up our team trailer and went to pick them up.”

St. James has won both games it has played since the storm. Valdez said other schools have provided assistance.

“Mandeville High School has been a big help, they donated head sets for us to use,” he said. “Archbishop Shaw washed uniforms for us after our first game.”

Phelps said he had no hesitation when Valdez was in need.

“It was just the right thing to do, to help someone when they needed it,” Phelps said. “It gave those kids something to look forward to. I’d like to think that if something like that happened to us, someone would be willing to help us out.”