By Chris Quebedeaux
Special to the American Press

CROWLEY — The St. Louis Saints made it look easy Friday evening in their season opener against Crowley High.

The Saints scored on a flea flicker on the first offensive play of the game and needed no more trickery after that in a dominating 50-12 victory over the Gents at Gardiner Memorial Stadium.

Although the offense was clicking on all cylinders for the Saints, it was their defense that shined by forcing five turnovers and blocking three punts.

The Saints surrendered five first downs in the first half and held the Gents out of the end zone, allowing 132 total yards of offense at the break.

The Gents avoided the shutout but did so against the Saints’ backups when they scored twice in the final 6 minutes of the fourth quarter.

It took the Saints less than 20 seconds to take a lead they would never relinquish when quarterback James Reina pitched to Luke Pierson, who in turn fired a strike downfield to a wide-open Brooks Habetz for a 68-yard touchdown.

The lead grew 5 minutes later when Graham Montet hit paydirt from a yard out.

On their first offensive play of the second quarter, Reina went to the air again and hit receiver Grant Evans on a 16-yard scoring strike to push the lead to 21-0.

The Saints were far from finished.

The guests scored three more times in the final 5 minutes of the half to take a commanding 48-0 cushion into the half.

Jake LaRocca scored on a 2-yard run and Reina connected with Evans again, this time for a 40-yard touchdown with just over 4 minutes remaining in the half.

The Saints capped the first-half scoring frenzy on special teams when they blocked a Crowley punt with just under 2 minutes remaining. Pierson picked up the loose ball but fumbled into the end zone where Graham Conrad scooped it up for the score.

Spencer Briley connected on all five of his extra-point attempts in the first half. He also caught a 2-point conversion pass right before the break.

The Saints defense came through yet again to start the third quarter when they forced another fumble to start the frame.

Once again, they turned the miscue into points when Logan Trahan scored from 7 yards out to push the lead to 50-0 with 4 minutes into the second half.

The Gents got on the board on a 58-yard touchdown run by Courtney Allen with 6 minutes left in the game.

Kyle Turner led the Saints’ ground attack with 10 carries for 46 yards. LaRocca added four carries for 29 yards and a touchdown. 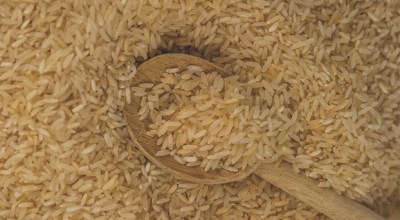 $21M rice mill should be complete by next harvest