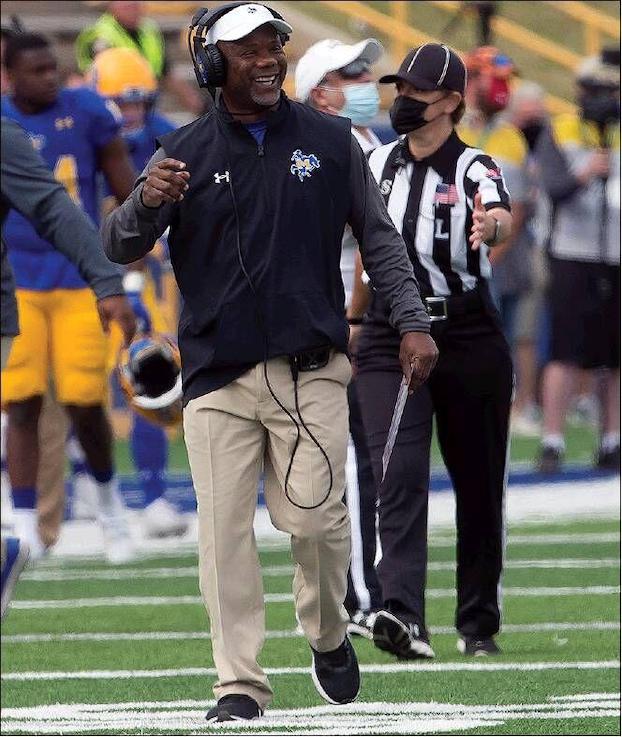 Former McNeese State head football coach Frank Wilson got a vote of confidence from LSU head coach Brian Kelly in response to recent sexual harassment claims against Wilson, who is not the running backs coach at LSU. (Rick Hickman)

McNeese State will open its preseason football camp Friday with high hopes of making a return to the top of the Southland Conference before possible saying goodbye to the league for good.

As questions swirl around the program’s future in the ever-changing college football landscape, there are also questions surrounding the team on the field as it prepares for the first fall campaign since 2019.

COVID-19 changed last year’s season on the Football Championship Subdivision to the spring, meaning the time to prepare for the new campaign was limited. McNeese had eight weeks of workouts to get ready for the fall season.

Instead, last spring’s schedule was used more as a training process, which saw the Cowboys finish 3-4 by winning two of their last three games.

Roughly 21 players were lost from the roster before that season began, but they were replaced.

“The players we have here want to be here,” said head coach Frank Wilson.

Now we get to see if they fit into a winning club. Here is a look at five questions surrounding the Cowboys as they enter camp.

5. Coaching: Wilson is in his second season as head coach but really his first with football as the top priority. Last year the McNeese staff served more as crisis managers than football coaches.

Wilson never got a chance to simply be the football coach of a program that was hit by three major weather incidents before he ever got to take the field. That coming after dealing with a pandemic that left all college sports in limbo.

“In 20-plus years of coaching it was probably the toughest job I have endured,” Wilson said.

Then, just days before the spring opener, McNeese saw its defensive coordinator walk away from the program. Now Wilson has his staff in place and was able to spend the summer getting ready for a football season. So we get to see what the plan looks like.

4. Secondary: The Cowboys were torched early in the spring on deep balls as they looked confused and slow to react. Wilson took the blame for that saying “We didn’t have people in the right places.”

After the second game changes were made as the staff scrambled to make the pieces in the secondary fit.

For the most part it worked as the Cowboys got better at stopping the big plays and made a few of their own.

Andre Sam became a major part of the solution, earning all-conference preseason honors once his role in the defensive backfield was shifted.

With a few key additions to the secondary this group has a chance to be good, but the six-team league is loaded with passing teams that hunt long gains. No longer is it possible to blank everybody, but rather defenses now try to limit big plays against them and make a few of their own with turnovers. That is the challenge for this secondary, to make more plays than it allows.

3. Kicking game: Jacob Abel wasn’t terrible, but he had misses that proved costly, especially in an overtime loss to Lamar at home.

This after starting the year hot, hitting all six of his kicks against Tarleton State in the season opener. Missing three extra points is a tough pill to swallow for any offense. He was perfect on field goal tries up to 29 yards.

Granted, some of this may not have been all Abel’s fault, as holding and snapping problems were an issue.

There will likely be competition for Abel this fall.

As for punting, McNeese will have to replace Bailey Rayborn, who averaged 38.2 yards a punt last spring and downed eight inside the 20.

2. Quarterback: Red-shirt COVID senior Cody Orgeron returns for his sixth, and likely final, season. It is his football team after a spring of ups and downs.

Twice Orgeron was named the SLC Offensive Player of the Week, but he also struggled early and his fumble at the 2-yard line late against Southeastern Louisiana ended a comeback try. But that is the nature of the QB position — high risk, high reward.

Overall his spring was good, Wilson said, finishing throwing for 10 touchdowns and three interceptions, but it wasn’t always pretty.

A three-game losing streak was fueled by his inconsistent play that ended with a career-low 72 yards passing in the loss to Lamar.

But talk of him being replaced seemed to fire up Orgeron, who responded by throwing for seven TDs and no interceptions in the final three games in which he played his best ball since coming to campus. He threw for 951 yards in this games saying, “We are all finally on the same page.”

If that’s the Orgeron who returns this fall, then the offense is in good hands.

1. Offensive line: No group struggled more in the spring than this one. Injuries, transfers and opt-outs left the Cowboys so thin on the O-line they had a game in which they started two true freshmen and two walk-ons. Help has arrived with six new signings and a pair of transfers, giving McNeese size, depth and experience.

“We saw that we had a need we had to address,” Wilson said.

Wilson said offensive line coach Chris Truax did an amazing job turning a group of overmatched players into a serviceable and then pretty decent bunch that could protect and open holes over a seven-week stretch. Now he has more to work with and what he can get this crew to do will decide how much of Wilson’s offense the Cowboys can run.

All these questions and a few others will begin to be answered starting Friday, but a lot of the work has already been done over the summer.

Now we find out just where the Cowboys will stand. 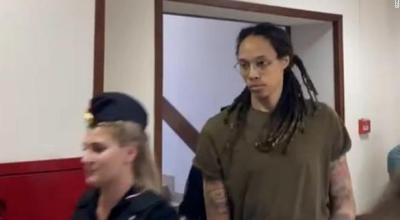