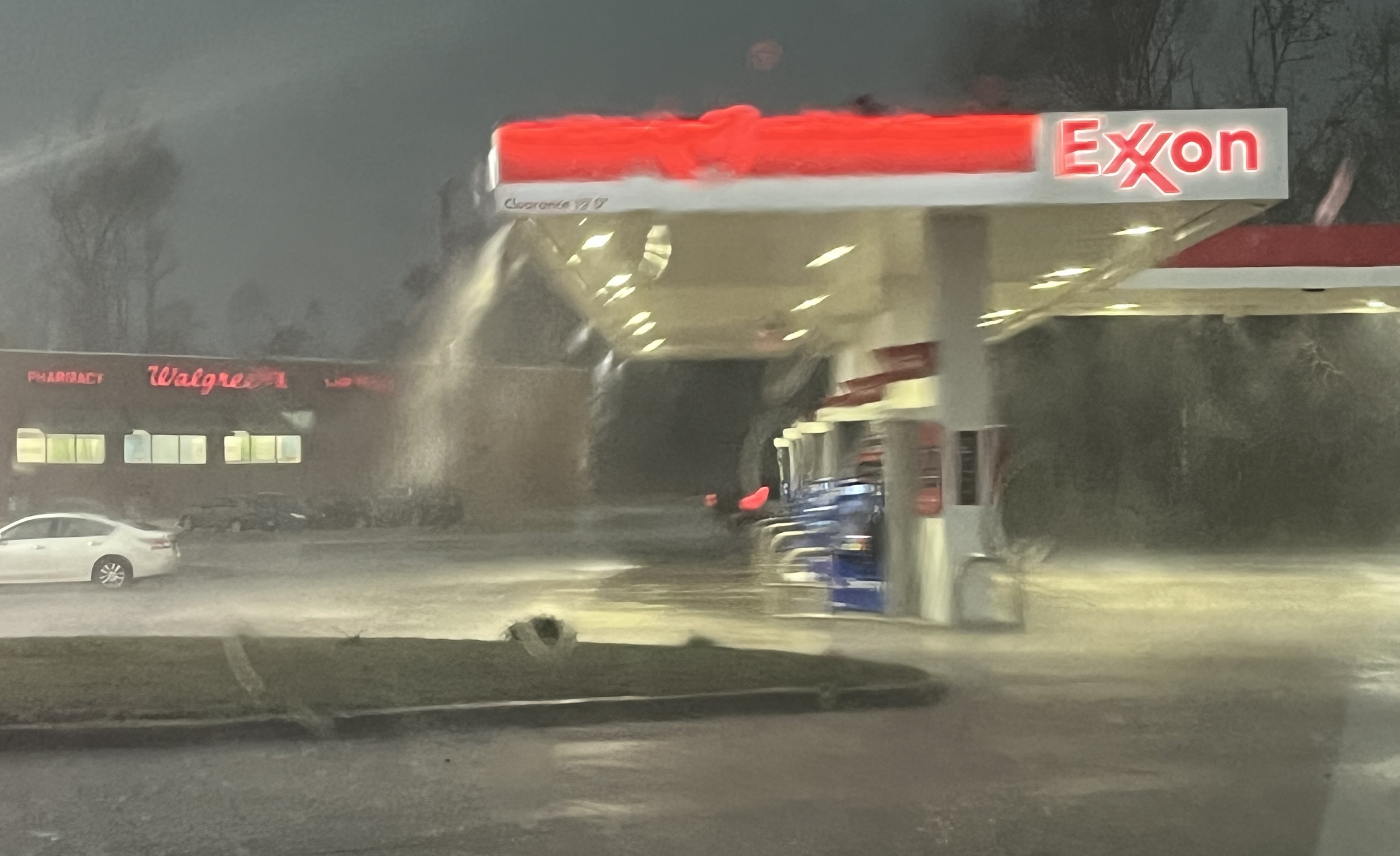 Rain water shoots off the roof of an Exxon gas station in Moss Bluff at the intersection of US 171 and Sam Houston Jones Parkway Tuesday afternoon. (Crystal Stevenson / American Press)

Tornado warnings have been issued for Lake Charles, Sulphur and Moss Bluff as a cold front  — that is bringing along with it severe thunderstorms — makes it way east into Southwest Louisiana.

“It’s going to be moving into parts of Allen Parish in about 15-20 minutes,” he said.