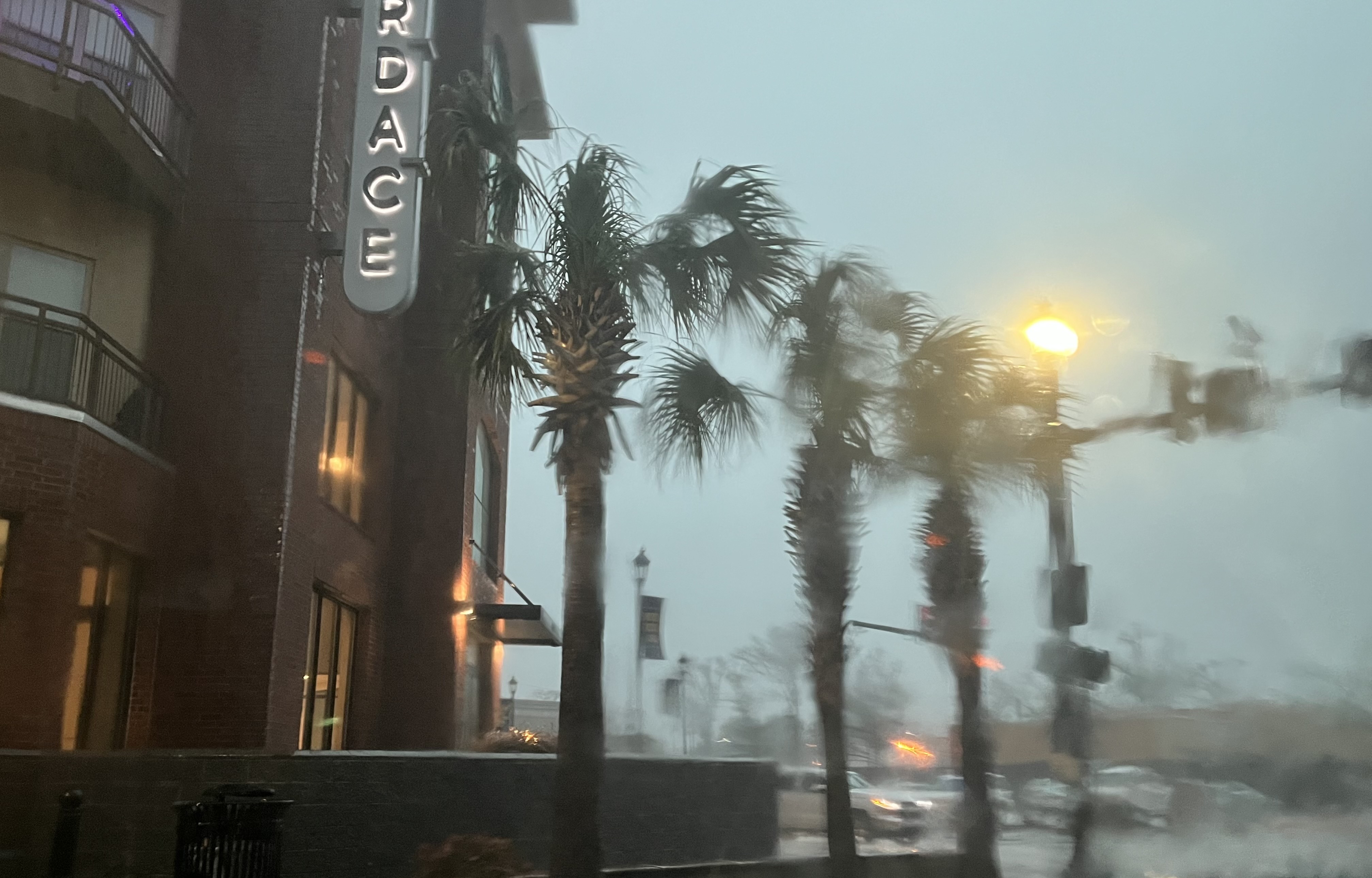 Tornadoes were confirmed in both Ragley and Baytown, Texas, Tuesday afternoon as a “fairly robust cold front” targeted the Gulf Coast, spawning severe thunderstorms and damaging winds as it made its way east through Southwest Louisiana.

The latest storm came less than two weeks after tornadoes killed nine people and left a trail of destruction across at least 28 counties in Alabama and Georgia. No injuries were reported with Tuesday’s touchdowns.

National Weather Service meteorologist Donald Jones said the strongest part of the severe weather hit the region at about 5:30 p.m. and brought up to 55 mph wind gusts along with heavy rainfall.

“It’s pretty robust wind gusts for not being a tropical system,” Jones said. “It’s not what we usually see in this region.”

Several 18-wheelers parked along the shoulders of Interstate 10 eastbound early Tuesday evening as the heavy rain made it hard to see and wind gusts rocked their loads.

“Two to three inches of rainfall in a very short period of time is what is causing that localized flooding,” Jones said.

Nearly 12,000 customers lost their electricity in Calcasieu, Beauregard and Cameron parishes during the storm, according to the website PowerOutage.us, which collects live power outage data from utilities across the United States.

Tuesday’s severe weather led to the closures of several government agencies, schools and clinics. Calcasieu, Beauregard, Allen, Jeff Davis and Vernon schools were the first to announce early dismissals, releasing students mid-morning to give bus riders the chance to get home before severe winds arrived in the region.