Cowgirls go for sweep of Colonels 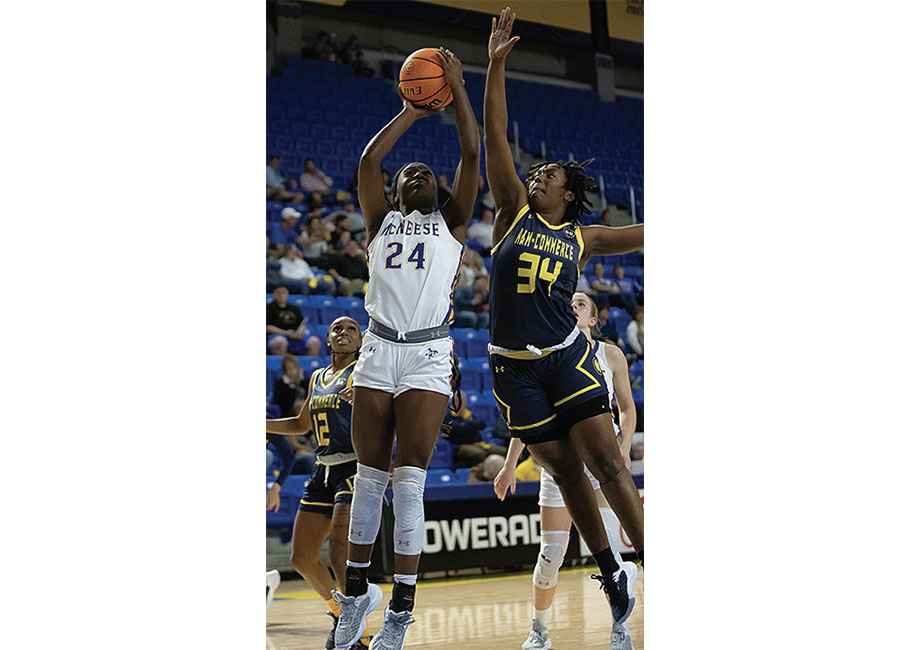 Divine Tanks Had 13 points and six rebounds vs. Nicholls

The Cowgirls are finding their stride at just the right time.

After a slow start McNeese State’s women’s basketball team is starting to show what had been expected.

The Cowgirls look to sweep their back-to-back series with Nicholls State when they teams meet again tonight at the Legacy Center.

McNeese toppled the Colonels 77-68 Thursday night in Thibodaux. It was the Cowgirls’ second consecutive.

“This is a big week for us,” said McNeese head coach Lynn Kennedy. “We have been playing better the last couple of weeks. I think we are ready to make a run.”

The Cowgirls (6-11, 3-3 SLC) need to do just that if they want to get back into the SLC race before it is too late. McNeese will welcome former Cowgirls who contributed to the program.

“It is great that we are able to showcase the players who have helped build this program,” Kennedy said.

The current group of players are looking to continue the growth.

McNeese used the inside play of Divine Tanks and Autumn Watts to hold off the Colonels (4-13, 1-5) in the first meeting. Each finished with 13 points while Paris Mullins added 11.

McNeese also won the battle of the boards, outrebounding Nicholls 43-33. The Cowgirls also shot 56.4 percent from the field (31-55) and was even better when not taking 3-point shots into account.

Former Cowgirl Kyla Hamilton played all 40 minutes for Nicholls and scored 10 points. Deonna Brister, a sophomore from Lake Arthur, led all scorers with 22.

McNeese point guard Cristina Gil will continue to work her way back into playing shape from a leg injury. She played 17 minutes and scored seven points Thursday.

Kennedy said Gil is likely to play about 20 minutes.