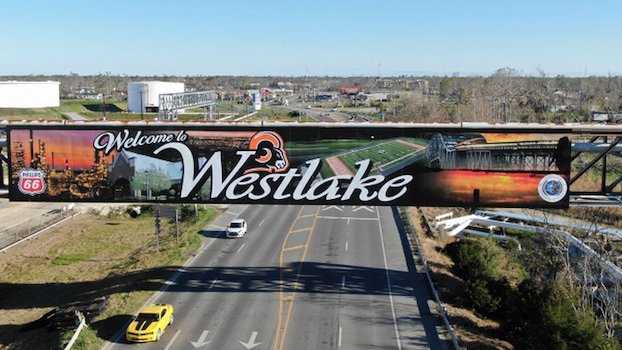 Peterson said she would take a boots on the ground, personalized approach to clean up private property.

“Some of these residents are elderly people. Contractors came in and took their money and left for Houston. Each resident would need to be interviewed to identify those who are struggling with insurance or can’t afford to pick up,” she said.

Bergeron agreed speaking to residents, individually, to identify the problem is important, but in many of the cases, a plan was already in motion and specific situations had been addressed.

“We have identified most of those people through the FEMA Private Property Debris Removal Program  and 27 structures that need to be torn down or repaired,” Bergeron said.

“I’m all for going after (FEMA) grant money but after two and half years of waiting and multiple allocations to other cities, at this point our administration just needs to step up and take care of our city and stop waiting on FEMA,” Bergeron said.

“Insurance companies are playing late and the people weren’t able to get their debris out,” McMillin said. “We have to pick up all the debris that hasn’t been picked up. I know the mayor and council have been working on that.”

Unlike Bergeron, he said being tenacious with FEMA is a goal

“I’m going to work to get reimbursement from FEMA and make sure we don’t take no for an answer,” McMillin said.

He also talked about the advantage of having a full-time code enforcement officer, not to carry a big stick to beat down folks but to be available to “work to get it taken care of and if they (residents) don’t, then have ordinances with enough teeth to enforce.”

For Bergeron, growing the city’s business base boiled down to having a master plan in place, and to make competitive tax credits available to “mom and pop” businesses, not just big business.

“For so long Westlake has tried to be the developer, and we need to move away from that,” Bergeron said. “We cannot continue to sustain and fund those types of projects. We need to encourage private investment.”

“I am a business development manager,” he said as he talked about different information that can be pitched to potential business investors. He said a Waffle House will be built in Westlake after the existing Waffle House has to be demolished with the building of the new I-10 bridge.

“Westlake needs more than one grocery store,” he said.

He called the riverfront development, “a golden opportunity to build something big.”

“This is not a one-man thing,” he said, as he explained how the Police Jury invited architects to submit design ideas before that project was completed.

He envisions a cleaned-up port area, a boardwalk and a boat lodge, in addition to businesses such as a hotel.

“We’ve got a God given natural resource of a beautiful river that looks back toward the east, one of the best scenes there is, If we don’t develop that within the next few years and make it the best it can be, shame on us.”

Bergeron noted that there has been a riverfront development plan in place since 2015 after the mayor’s secretary applied and was awarded a grant to develop such a plan. He also said that the City Council has put a moratorium on mobile homes, created a business district and an economic district in the development area.

“I would see that there is a dedicated economic development fund,” Bergeron said, “ a fund that would make us more proactive rather than reactive when it comes to development.”

It was the consensus of Peterson, McMillin and Bergeron that seniors are important, but a robo-check-up-call – alone – would not be enough. A more personalized touch and partnering with other organizations might be a better answer. Peterson was recently appointed to the Calcasieu Council on Aging Board and has been exploring solutions for keeping seniors connected.