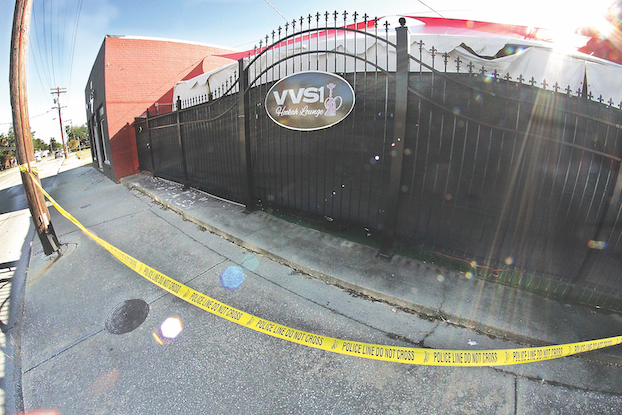 Lake Charles police are investigating an early Wednesday morning shooting outside of the VVS1 Hookah Lounge that injured eight people.

Deputy Chief F. Fondel said when officers arrived at the lounge at about 1:35 a.m. Wednesday, they discovered multiple gunshot victims and were told others were transported by private means to local hospitals for treatment.

Fondel said there are eight known victims — two who have been treated and released, three are in critical condition and three are in stable condition.

He said one person is in custody.

Anyone with any information is asked to contact lead Det. Sgt. Kevin Hoover by calling 337-491-1311.