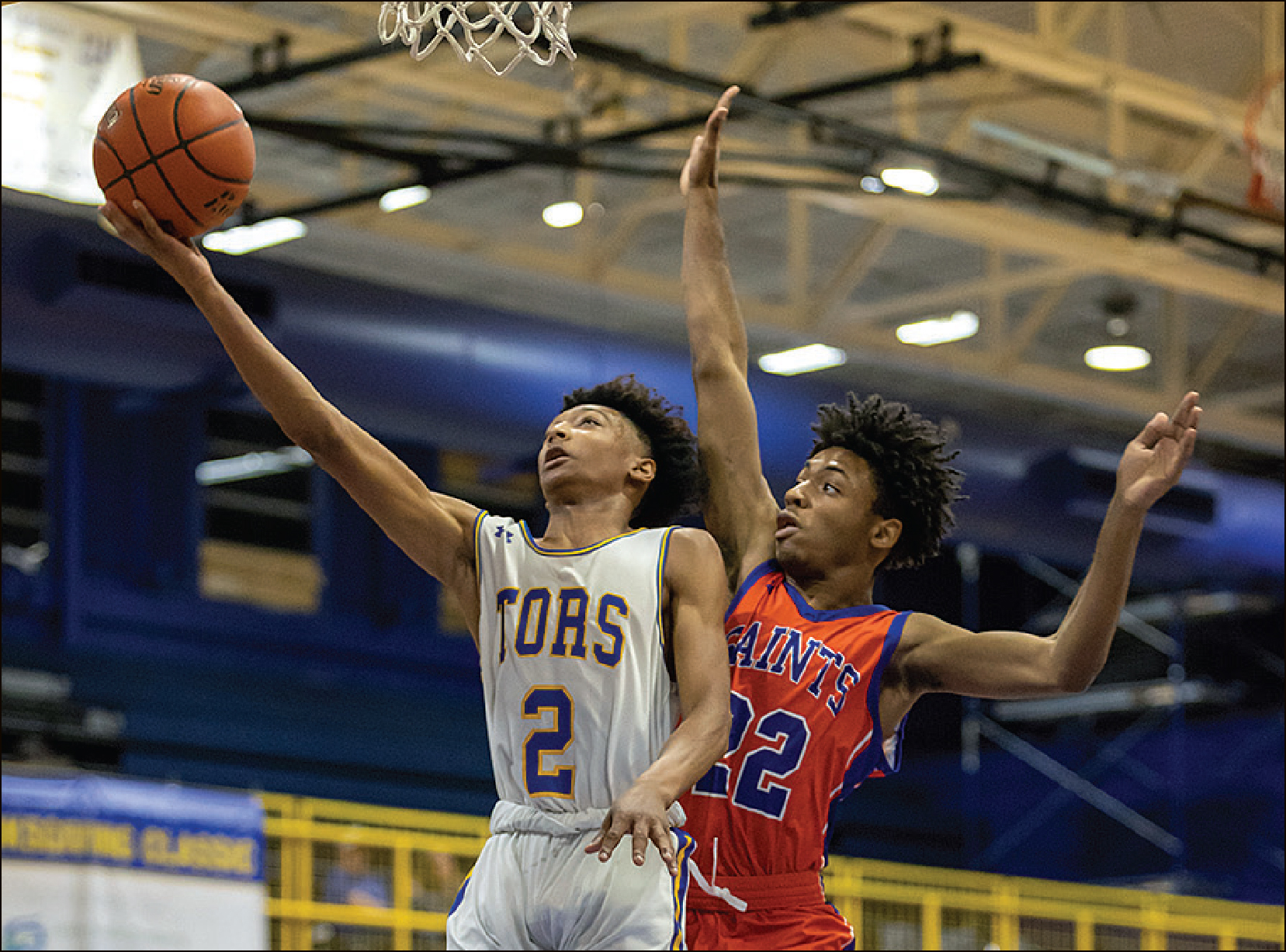 SULPHUR — A first-quarter blitz paved the way for a Sulphur win Tuesday in the championship game of the Alice Lynn Memorial Thanksgiving Classic, a 69-45 win over St. Louis Catholic.

Zach Bates scored 15 points in the half while Zavien Trent created havoc at both ends, scoring nine points, making three steals and dishing three assists with repeated trips to the paint.

The Saints found their rhythm in the third quarter, outscoring Sulphur 13-10 and pulling to within 15 points late in the quarter on a 3-pointer by Bennett McElveen.

Sulphur center J.D. Lafleur scored at the buzzer and the Tors maintained a lead of at least 16 points the rest of the way.

Lafleur scored 12 points off the bench.

“Our biggest strength this year is our depth,” he said. “It will be different guys on different nights based on matchups. They stay engaged and involved in the game on the bench and are always ready to go. It makes it easy on us coaches. They give us many weapons and different strategies to use.”

“He can shoot from the perimeter or take it inside to score,” Coleman said. “He knows his strengths and his versatility. He’s a dangerous guy.”

Ian Malone scored 14 for the Tors.

“He was our floor general,” Coleman said. “He had everyone playing at a great pace and got the ball to guys in position to be successful, like a true point guard.”

Drew Morgan led St. Louis with 10 points, all in the second half.