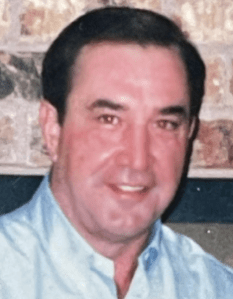 Donald “Don” James Soileau Sr., 71, a resident of Lake Charles, passed from this life on Nov. 21, 2022, surrounded by his loving family.
Don was an accomplished athlete, having been a star running back and track athlete at LaGrange High School, where he was honored as an All-American. He continued his athletic career as a running back at LSU and later at McNeese State University. Mr. Soileau’s athletic ability was second to the love, pride, and devotion shown to his children, grandchildren, brothers, and innumerable friends he made along his journey. Donald’s family recounts his amazing cooking skills, love for working in the yard, training hunting dogs, fishing, and his undying love for playing golf.
Donald was preceded in death by his parents, Laddie and Gladys DeVille Soileau; and one brother, Steve Soileau.
Mr. Soileau is survived by his three children, Allison Soileau and fiancée Patricia Sloan, Donald James “Jamie” Soileau Jr. and wife Cherie, and Nicholas Soileau; companion, Kay Watson Dering; brothers, Dwayne Soileau and wife Karen and Glenn Soileau and wife Teresa; his three grandchildren, Ava Soileau, Natalie Soileau, and Mia Soileau; numerous nieces, and nephews; as well as Allison’s mother, Lori Louviere; and Jamie and Nicholas’ mother, Jerri Harless Green.
The family will receive friends on Saturday, Nov. 26, 2022, from 12 p.m. until 2 p.m. in the sanctuary of Friendship Baptist Church located at 8085 Gulf Highway, Lake Charles, LA 70607. Funeral service will follow at 2 p.m. The Rev. Nathan Nazworth is to officiate. A private graveside service will be held at a later date.
In lieu of flowers, donations may be made to the Harbor Hospice Foundation, P.O. Box 12686, Beaumont, TX 77726 in Mr. Soileau’s Memory.
Memories and words of comfort may be shared with the family at www.lakesidefh.com.