Deputies pull over drivers to give turkeys — not tickets 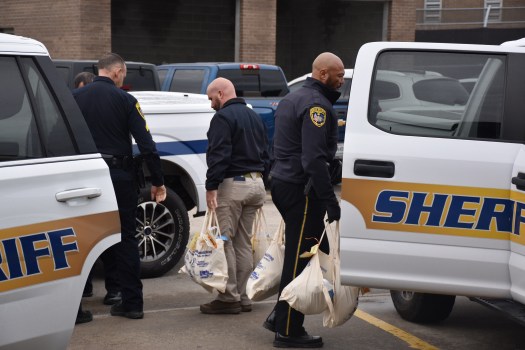 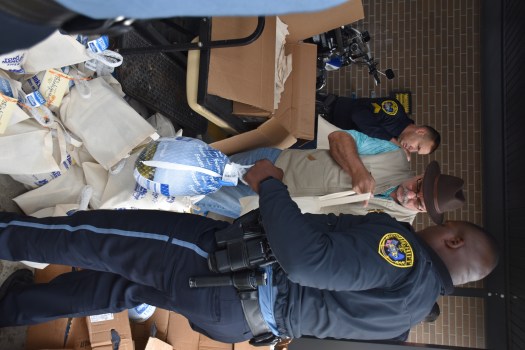 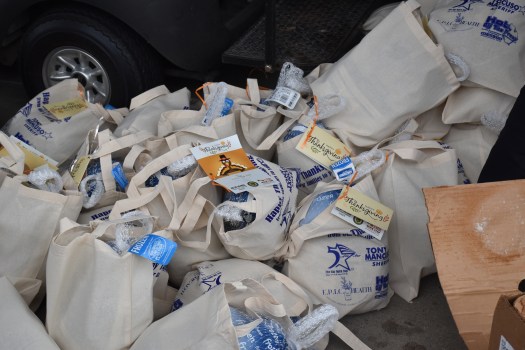 The Calcasieu Parish Sheriff’s Office dispatched 10 deputies to hand out Thanksgiving turkeys instead of tickets to drivers this week.

This was the 10th year turkeys have been handed out to community members.

“This year, we had 125 turkeys that we distributed throughout the parish to those individuals who committed minor traffic violations, such as no seatbelt or speeding,” said Sheriff Tony Mancuso.

When CPSO first began this tradition, they only handed out 50 turkeys. Caran and Harry Shaheen, owners of the 5 Star Convenience Stores and turkey suppliers, have slowly increased the amount of turkeys they donate each year.

Mancuso said handing out the turkeys is enriching for the officers.

“Our deputies really enjoy being able to give back to the community, so we are grateful we can be a part of this. It is a good feeling to see the surprise and excitement on the face of those people who initially thought they were going to receive a ticket.”

The reaction of the drivers is the best part, he said.

“Most of the time you can see the look on their faces when you initially speak with them; they think they are about to receive a ticket,” he explained. “Their demeanor changes when they realize deputies are giving them a warning for the traffic violation and they are receiving a turkey for the holiday season.

“They are genuinely surprised and grateful.”

Caran Shaheen said she was inspired to give back during the holiday season after hearing about a similar situation on K-LOVE radio 10 years ago.

For the first four years, she and her family held a drawing for Thanksgiving turkeys at their store.

“After about three or four years, I said, ‘You know what? I want to give and do more. I’ve gotta be able to reach more people.’ ”

She said she contacted Mancuso and the rest was history.

Shaheen said she hopes to introduce this holiday tradition to other parishes in Southwest Louisiana in future years, and engage in some healthy competition.

“I would like to see their sheriff’s departments try to do something like that, and I just would really like to challenge them to give back to their communities.”