Butterball: Someone’s always on the line to talk turkey 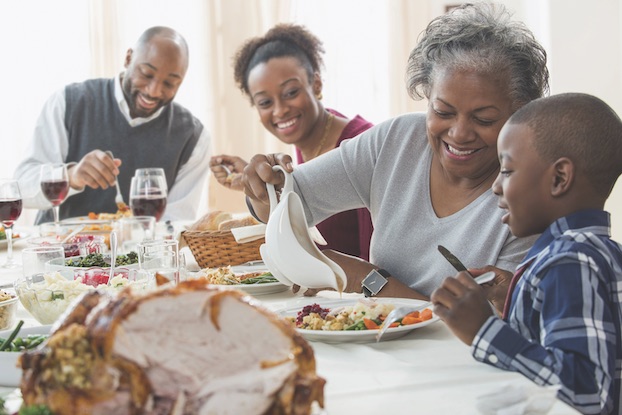 Folks will be gobbling down cornbread dressing and other less important Thanksgiving side dishes soon, and every year there is someone, somewhere tackling turkey for the first time. If it’s still in the freezer the day before it’s to be served, take action right away.

What to do with frozen birds and how to safely thaw the turkey top the list of calls to the Butterball Turkey Talk-Line, according to Supervisor Barbara Robinson.

The Butterball Turkey Talk-Line is composed of 50 experts all with a food background — including food styling, registered dieticians and chefs — all with the knowledge to help make your Thanksgiving great. All experts go through extensive training and learn a variety of different cooking techniques including roasting, deep frying, grilling and more. They are also equipped to handle any turkey crisis as well as offer emotional support. Taking on the responsibility of the turkey for the first time can be traumatic — though a little less so these days thanks to the internet

One year a Butterball expert received a call from a flustered first-time dad. He called the Talk-Line a few hours after his wife gave birth to their child. He was concerned their turkey had been thawing in the fridge for too long while he was at the hospital. When the staffer asked the man how much it weighed, he gave her the baby’s weight instead of the turkey’s weight. After determining the turkey’s weight and thawing time, she assured him he would deliver a safe, delicious Thanksgiving dinner by the time mom and the new baby returned home.

The Butterball Turkey Talk-Line got so many calls about icy gobblers one year, they started Thaw Thursday, recommending it go from freezer to refrigerator on the Thursday before Thanksgiving.

A good rule of thumb is a turkey in the fridge will require one day for every four to five pounds.  Other tips for thawing include putting the turkey in an airtight bag and submerging it, breast side down, in cold water. The water has to be changed and the turkey flipped every 30 minutes. Expect 30 minutes of thawing per pound of turkey. So, a 16 pound turkey can take 8 hours to thaw.

According to the USDA, the turkey can be thawed in the microwave, six minutes per pound, using the defrost function based on weight. Make sure it rotates. And, flip it.

The Butterball Talk-Line began in 1981, and Robinson has plenty of stories to share. One caller said cold water thawing method didn’t work. He put his turkey in the pool and when he came back, it was missing.

“An elderly gentleman called into the Talk-Line and asked how he could prepare his turkey the way his wife did. His wife had been preparing their Butterball turkey for the last 25 years. His kids were all coming into town and he wanted to make sure the turkey would be just like his wife had made, and she had always called the Butterball Turkey Talk-Line. So, our expert walked him through it step-by-step, explaining everything he needed to do to make that turkey perfect. The best part of the story is that hours later, he called back to let us know how delicious the turkey turned out, and it was a wonderful Thanksgiving with his kids. It’s one of the reasons why we love doing what we do,” Robinson said.

Ready for a not-so-safe turkey tip? This one is in honor of the quick wit and giving spirit of the late Annie Laurie Murchison of Alexandria. Her mother was sharp and so was the family’s cook who accidentally dropped the beautifully roasted 20-something-pound turkey on the floor as she was about to serve it. Murchison’s mother didn’t miss a beat, telling the cook how wise she was to purchase and prepare two turkeys that year in case extra guests dropped by.

The cook returned to the kitchen and moments later came out with an equally enticing turkey on another beautiful serving platter. The guests never knew it was the same turkey, inspected and placed on a clean serving platter.

Butterball will never suggest the five-second rule, but you call them with other turkey conundrums — whether the bird in question is the Butterball brand or not. The Turkey Talk-Line is 1-800-BUTTERBALL.