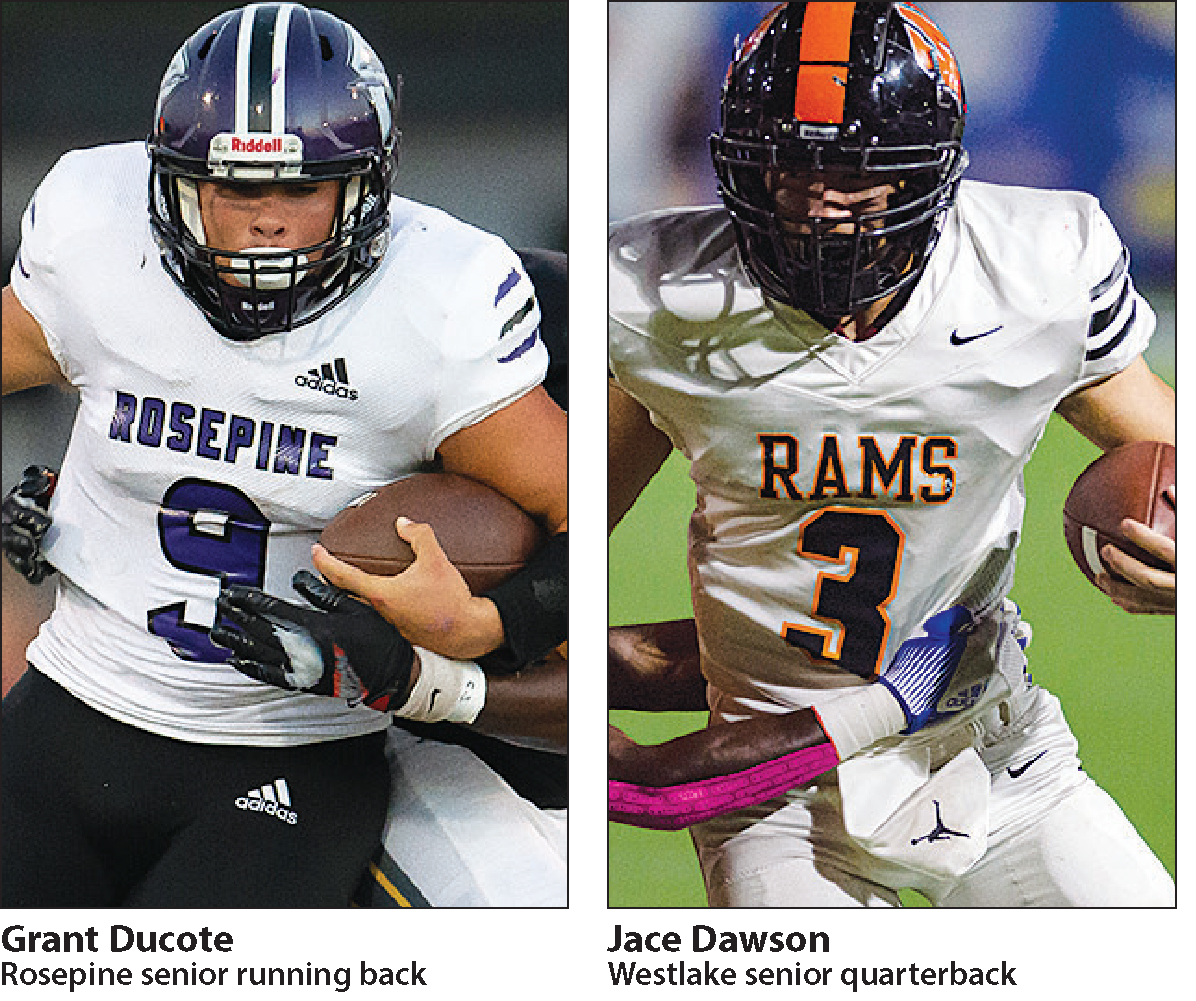 One of those will be Friday at Max Caldarera Memorial Stadium when No. 25 Westlake hosts No. 9 Rosepine in the regional round of the Division III non-select playoffs.

With the change from nine brackets to eight, Westlake, a small Class 3A school, was grouped with Class 2A schools.

“It is a very interesting matchup, I will say that,” Rosepine head coach Brad Ducote said. “It is the first time in school history to play a 3A team in a playoff game. That makes things pretty interesting.

“I feel like it is a good matchup. I think it is going to be a very good, hard-fought ballgame.”

“I don’t see it being that big of a factor,” Richardson said. “I think both of our teams are very similar.

“They are a veteran team with a lot of seniors. They have had a lot of success there. Those kids have won two state championships in baseball and they went to the quarterfinals last year in football.

“It has been 15 years since they have been to the quarterfinals here,” Richardson said. “For us to get there, we are going to have to do a good job of stopping their offense.

“Not giving up the big plays and not turning the ball over are going to be the biggest two things.”

Rosepine (9-2) is looking to reach the quarterfinals for a second consecutive season.

Westlake linebacker Ethan Koonce had 18 tackles — three for loss — a sack and an 83-yard pick-six last week, but the Rams defense stayed on the field most of the second half against Pine. It is something the Rams can’t repeat this week against an Eagles offense that averages 43.3 points a game.

Rosepine running back Grant Ducote has run for more than 1,000 years in four consecutive seasons, and quarterback Jake Smith gives the Eagles a consistent passing threat with 26 touchdowns.

Westlake quarterback Jace Dawson is a dual threat with 689 rushing yards and 668 passing with a combined 16 TDs.

“We have to focus on stopping the run first,” Ducote said. “(Dawson) is a very good athlete.”