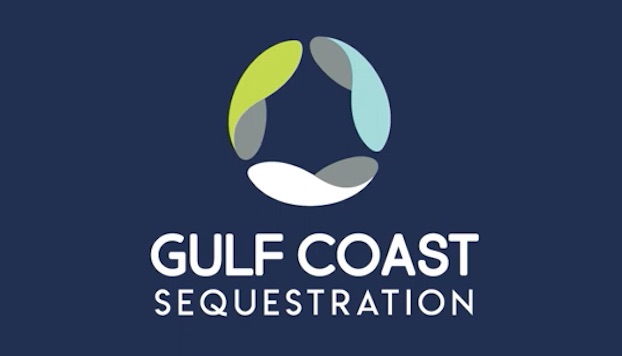 Some of the same geological characteristics that made the Southwest LouisianaGulf Coast rich with fossil fuels make it ideal for safely and permanently storing greenhouse gasses.

Gulf Coast Sequestration (GCS) plans to build the first and largest hub of its kind in the US in Southwest Calcasieu and Northwest Cameron Parish to store carbon dioxide emissions, critical to meeting net zero targets by 2050. Gray Stream, Lake Charles resident, and manager of Stream Companies is founder.

Geologic carbon sequestration is a method of securing carbon dioxide (CO2) in deep geologic formations to prevent its release to the atmosphere and contribution to global warming.

“In the past, oil and gas companies primarily used carbon storage and capture for enhanced oil recovery or EOR,” Stream said.

(Some readers may have heard the term, injection wells. This is not that.)

“That technology has been around for 40 years. The research around permanent storage CO2 geology has about a 20-year time frame and was commercially based. Now the focus is different. Now the motivation is lowering the carbon intensity of the economy.”

Stream and his team of experienced experts on carbon capture and sequestration have been collecting, reviewing and analyzing data, developing very sophisticated models, validating the geology, honing in the most geologically uniform strata under an 80,000 acre tract of Stream property, cow pastures, for years before taking the first of many steps necessary for EPA permitting in Oct. 2020.

“We care about safety and permanence as much as they do,” Stream said. “That is part of our environmental stewardship goal. We want this hub to be gold plated in terms of safety. We are not interlopers. Our family has been here a long time and not just in the land business. I believe we have been good stewards with natural resources. I live here. My family lives here. We will continue to be here.”

The carbon would be injected eight to 10 thousand feet below the surface. Deep beneath those pastures is porous sandstone and saline aquifer  with a “big, thick cap rock” or lid that speaks to the safety, security and permanence of this storage solution.

The holding capacity of just the first phase is “enormous,” Stream said.

The hub will store 80 million tons of CO2, 2.7 million tons per year for 30 years. The volume of CO2 stored is equivalent to removing 600,000 cars from Louisiana roadways. GCS will be the largest hub in the US.

“To make that kind of impact. You’d have to plant trees from here to the Atlantic Ocean,” Stream said.

In addition to having the right geological characteristics, Southwest Louisiana is ideal for this solution because of existing infrastructure, the CO2 pipelines used for EOR.

Geology and existing infrastructure aren’t the only advantages for such a hub here. Southwest Louisiana’s high concentration of industry is a factor.

Tip Meckel is a senior research scientist at the Gulf Coast Carbon Center, a research group at the UT Bureau of Economic Geology that has been studying carbon, capture and storage for the past 20 years. In a July 2021 online UT article, he was quoted as saying, “Capture and storage offers a way to stop a portion of those emissions right at the source; the technology can help flatten CO2 emissions as lower-carbon energy alternatives mature in the market.”

There is a market and a need. Now there is a sense of urgency. Technological developments and federal tax credits  have made it feasible for industrial plants to install CCS systems to reduce emissions.

“The Gulf Coast region is the place for producing so many of the world’s critical building blocks,” Stream said. “Industry can keep doing the important things it needs to do with less carbon intensity.”

GCS, Stream said, is a solution provider, a way to decarbonize the regional economy.

“I don’t want to see economic decay,” he said.

Stream said GCS represents an attractive opportunity to bring infrastructure dollars into the region, but he is not relying on that.

After an all green from the EPA, GCS will take about one year to build.