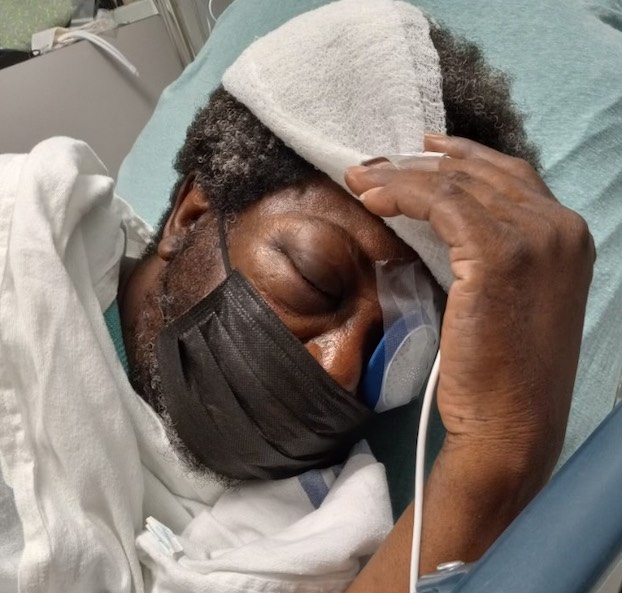 A DeRidder man found guilty in August of second-degree battery for his role in last year’s attack of an American Press newspaper carrier has received the maximum sentence allowed.

After deliberating for about one hour, jurors unanimously found Douglas Paul James guilty of beating 67-year-old Woodie Blanks after he had just delivered a newspaper to the Rosepine doorstep of James’ grandfather. The attack left Blanks partially blind.

James, 33, was sentenced on Wednesday to eight years in prison with one year suspended. The judge also ordered him to serve three years of probation and pay a $2,000 fine once his prison term has ended.

Blanks said he had been fulfilling the request of his customer that morning on Dec. 17, 2020, when he left his vehicle and walked up the driveway to the customer’s door to hand over that day’s paper. It was a request he said he received many times over the years of his work, and that he had never experienced any problems until that morning.

“They (the attackers) asked me what I was doing there. I told them I was delivering the paper, like I had been for the past three years … that’s when they blindsided me,” Blanks told the American Press in an interview immediately after the attack. “One of them hit me and knocked me to the ground. They kept hitting me.”

James insisted during the trial that it had not been his intent to seriously harm Blanks, and that he had believed Blanks was a prowler allegedly seen at the property earlier because of the early morning hours at which Blanks was making the delivery.

James brother, Dillon Matthew James, was also charged for the attack. His trial is set for this month.