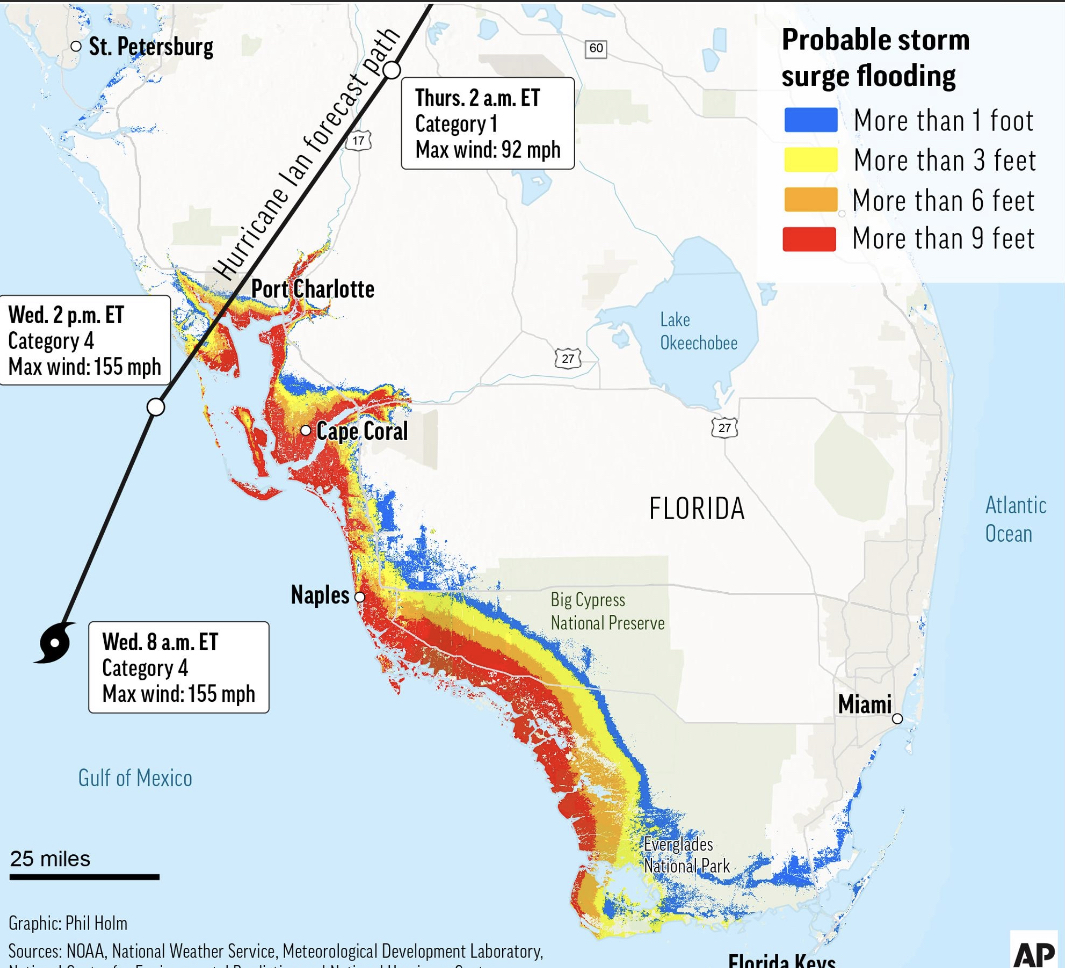 Hurricane Ian made landfall in southwest Florida near Cayo Costa on Wednesday as a massive Category 4 storm.

About 2.5 million people had been ordered to evacuate southwest Florida before the storm hit the coast with maximum sustained winds of 150 mph. The storm was heading inland, where it was expected to weaken, but residents in central Florida could still experience hurricane–force winds.

Before making its way through the Gulf of Mexico to Florida, Hurricane Ian tore into western Cuba as a major hurricane Tuesday, killing two people and bringing down the country’s electrical grid.