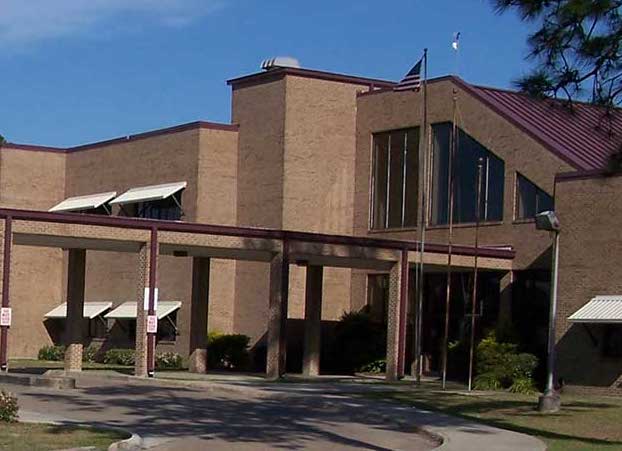 The Sam Houston High School PILOT Program is a peer-support initiative that aims to provide peer leaders the skills and tools to aid their classmates experiencing a mental health crisis. (Special to the American Press)

The Sam Houston High School PILOT Program is expanding its reach to other Calcasieu Parish schools by implementing the program at Iowa High School.

PILOT stands for Peer Initiative Leaders of Tomorrow. The program is a peer-support initiative that aims to provide peer leaders the skills and tools to aid their classmates experiencing a mental health crisis.

Iowa Middle School teacher Ken Brown  — co-founder of the PILOT program and CEO of the Peer Initiative — believes that teenagers are more likely to seek out help from their peers, as opposed to their teachers, parents or guardians.

“Students feel more comfortable talking to other students than to adults,” he said. “One of the keys to suicide prevention is being able to recognize the sometimes subtle signs that a person will display when they are having suicidal thoughts.

“Students are in the best position to recognize these signs in their peers,” he said. “Once a student starts talking to other students about what’s going on in their life, they are more likely to talk to any adult about these issues.”

Brown said students interested in joining the Peer Support Team will go through a meticulous process.

“This application process is the most rigorous of any organization on campus,” he said. Students are required to answer a questionnaire, ask for letters of recommendation from three teachers, participate in an interview and receive administrative approval.

Once students are accepted into the PILOT program, they engage in multiple training sessions. Incoming members of the Peer Support are required to participate in a full year of training before they are allowed to host peer-support sessions with other students. In addition, students receive weekly training from licensed counselors with the McNeese State Kay Dore Counseling Clinic.

He said it is important to understand the PILOT program and the peer leaders are not a replacement for clinical care. “The Peer Support Team is not a substitute for licensed counseling,” he said. “They are a bridge to licensed counseling.”

Brown was inspired to create this program after witnessing how peer support helped his son through a difficult situation.

“Sam Houston lost multiple students to suicide in 2014,” he said. “My son was a freshman and one of the suicide victims was his friend, Channing Hedrick. The day after Channing died, my son came home from school and said the thing that helped most that day was a senior who had lost a friend to suicide in 8th grade came to the freshman class and talked to them.”

Brown believes that suicide prevention efforts are more important now than ever. “Louisiana teens are dying by suicide at an alarming rate,” he said. “The statistics are startling.”

Brown said one in five teens report having depression and one in 20 teens experience suicidal ideation.

“Suicide is the silent epidemic for Louisiana teens,” he said. “Our teens are dying, but because of the stigma associated with mental health and suicide, this deadly issue is not talked about. A problem that is not talked about cannot be solved.”

After the events at Sam Houston, Brown and Sara Jolie, the school’s librarian, decided a program that promoted peer support was a necessity. PILOT officially launched in April, 2015.

Since PILOT’s launch, the program has remained active and successful. In 2016, the PILOT program was awarded a nationally distributed $50,000 State Farm YAB grant and partnered with the Kay Dore Counseling Clinic to provide licensed counseling to Sam Houston students. The counseling sessions are provided at a rate of $20 an hour, but are funded by the Imperial Calcasieu Human Services Authority.

In 2019, Edwards made his way to Sulphur to sign an amendment to the Jason Flatt Act. The amendment mandated Louisiana teachers to participate in two hours of annual suicide prevention training, as well as requiring the suicide prevention hotline number to be visible on every middle and high school ID badge.

In 2021, the program was awarded with a grant of $25,000 and the Blue Cross Blue Shield Foundation Angel Award.

As of this year, the program has expanded to Iowa High School. Brown said the program is also being instituted statewide. Louisiana’s largest public high school, Dutchtown High, implemented the PILOT program in 2021. The Lafayette school system will be implementing the program at a later date.

To learn more about the Peer Initiative, visit www.peer-initiative.com.