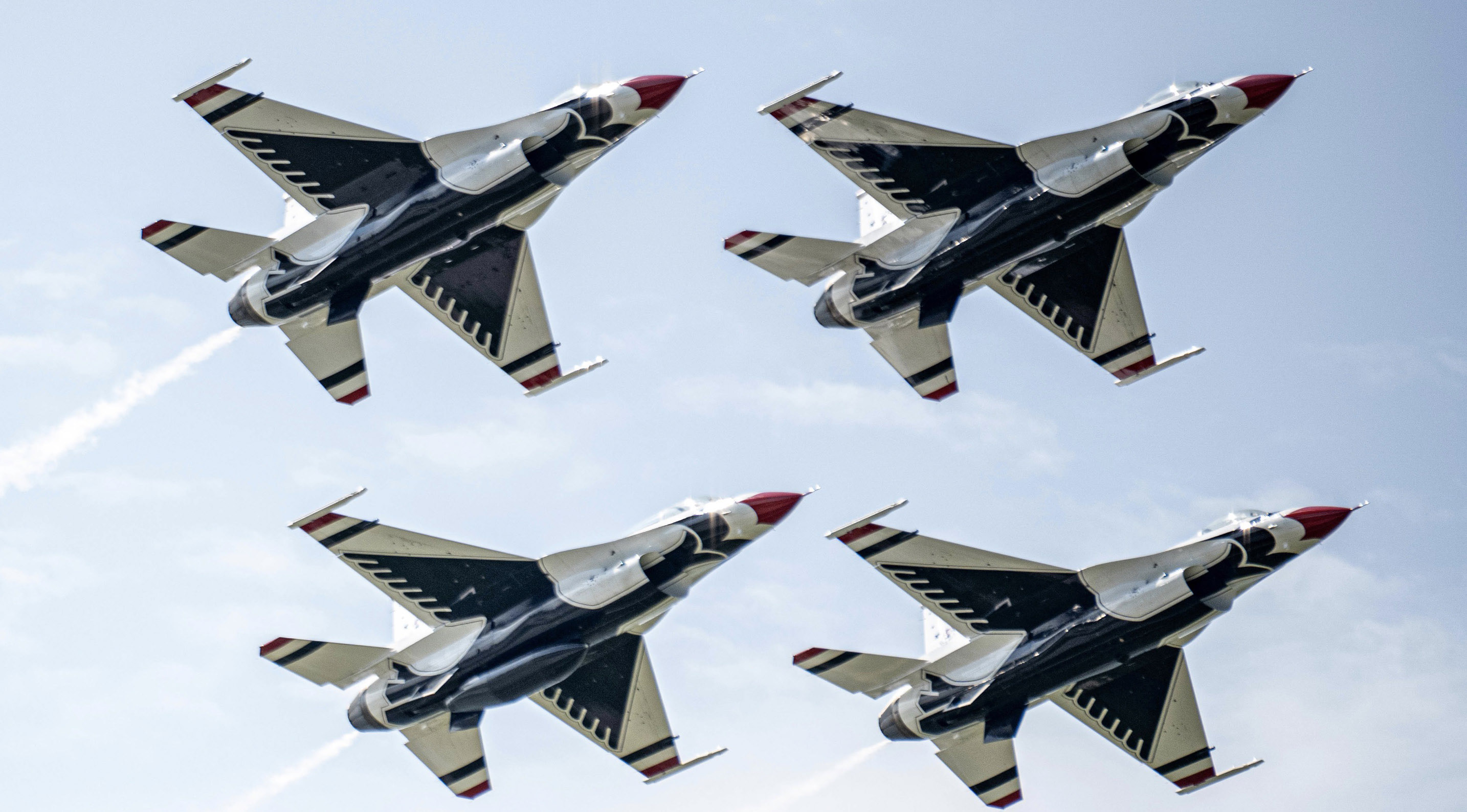 The U.S. Air Force demonstration team, The Thunderbirds, (pictured above and below) will headline the 2023 airshow. (Special to the American Press)

Updated show dates and attractions have been announced by the Chennault International Airshow, which is telling people in Southwest Louisiana to mark their calendars as it prepares to celebrate its 10th anniversary in 2023.

The new airshow dates are May 19-21, 2023, at Chennault International Airport. That’s a change from the June 2023 dates that had been originally announced.

The U.S. Air Force jet demonstration squadron, the Thunderbirds, will headline the airshow.

The move to the third weekend in May comes with other airshow announcements, including:

• The popular Friday night performance of past years has been restored. It’s a sleeker, after-hours version of the full-schedule daytime show, one that centers on speedy aircraft streaking past and high above the crowd.

• The airshow’s “tailgate” arrangement — one ticket per carload, not per person — will return in 2023. Spectators will watch the airshow at their vehicle’s own defined space. The arrangement was introduced at the last airshow and led to the airshow’s first-ever sellout.

• Up-close displays of interesting aircraft will be parked near the tailgate areas.

• Food truck offerings will be expanded.

• For the first time, private pilots will be able to fly in and gather at a reserved parking and viewing area. The new feature is a joint effort by the airshow and Chennault International Airport to support and promote general aviation. The new zone will have more than 100 slots for airplanes and a dozen more for helicopters.

Tickets will go on sale in early 2023. They will sold online only — and there will be no ticket sales at the gate for any of the three performances.

The Kia of Lake Charles Chennault International Airshow is a nonprofit event staged by a volunteer board of directors, an “airshow army” of community volunteers and a professional airshow director. It has partnered with the airport, area law enforcement and other entities to put on the airshow in odd-numbered years since 2013.

Airshow President Bruce Beard said proceeds from the airshow help fund direct classroom grants to local teachers in science, technology, engineering and mathematics (STEM) subjects. The goal is to get young people of all backgrounds interested in aviation-related studies and careers.

Airshow director Mary Jo Bayles said the full roster of airshow performers will continue to grow in the months ahead – particular after she and Beard lead the airshow team’s visit to the annual International Council of Air Shows (ICAS) convention in December.

For updates on airshow performers and attractions as they are added, plus advisories at the turn of the year when tickets go on sale, visit chennaultairshow.com and the Chennault International Airport page on Facebook. 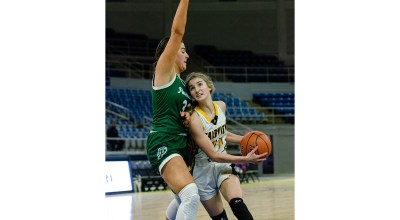