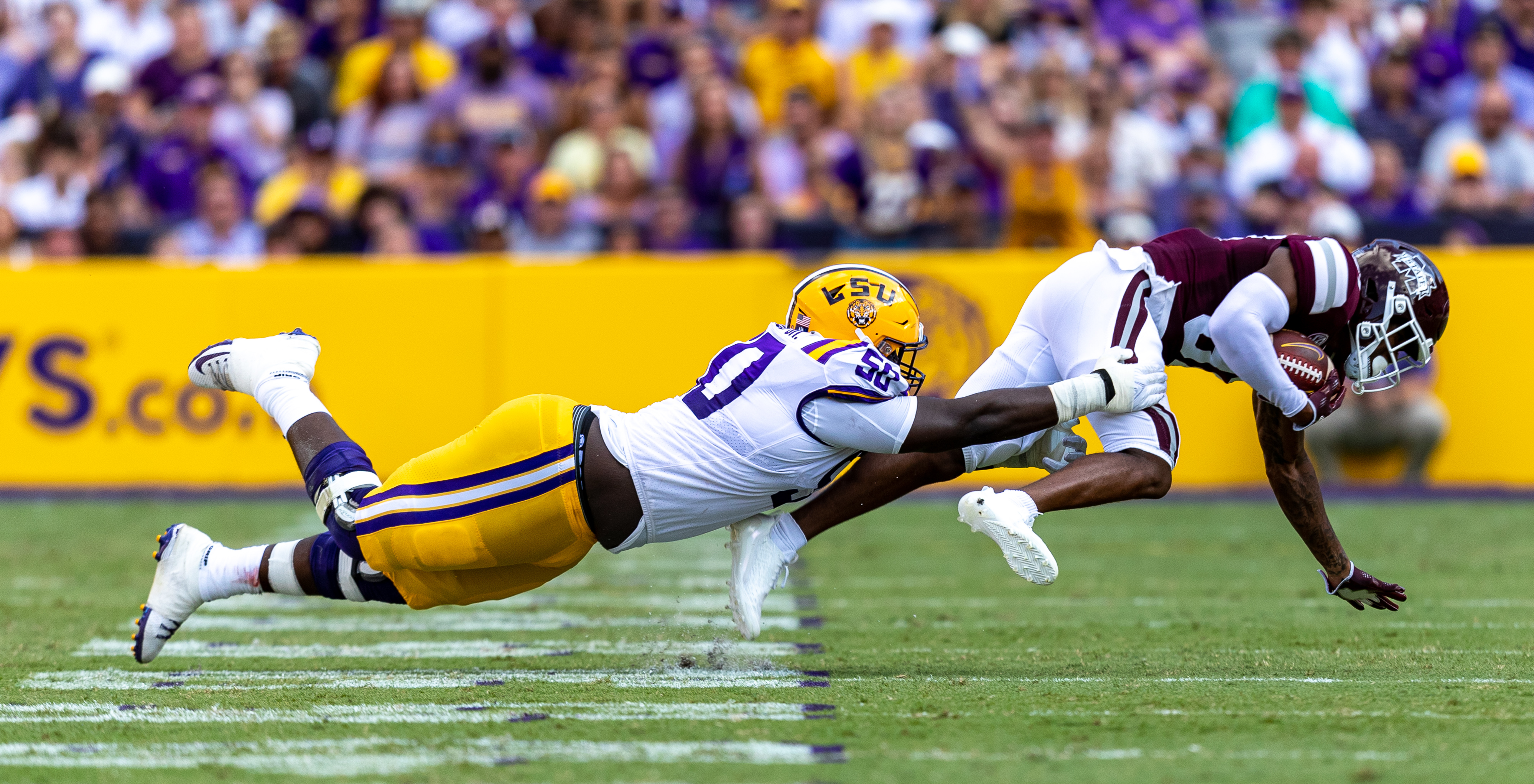 For the short-term discussion, LSU head coach Brian Kelly is not one of those coaches who will try to convince you that an obviously overmatched opponent is probably skipping the College Football Playoff and heading straight to the Super Bowl.

Take New Mexico (2-1), which visits Tiger Stadium tonight for the first-ever meeting between the teams.

Kelly gives the Lobos their fair due: “Good defense that has given some people fits.”

But this game, he said, is about LSU. It’s about where he wants the program to go as much as how he wants the Tigers to play this particular week.

“Our expectations and standards,” Kelly said, “are that we have a great week of preparation regardless of who our competition is, whether it’s an SEC competition or not.”

If “accountability” was Kelly’s buzz word during the offseason, now that the schedule is coming at the Tigers full throttle, the word to live by is “consistency.”

The Tigers (2-1) are coming off an encouraging 31-16 comeback victory over Mississippi State. Maybe it took away the sour taste of that sloppy opening loss to Florida State in a way that roughing up Football Championship Subdivision Southern University couldn’t.

“But now we have to look toward persistence and consistency (as) a football team that has a chance to be a pretty good team,” Kelly said.

At the least, Kelly said, “The sense on the sideline was really that our team at no time was panicking, anxious, did not think that they were not going to find a way to win the football game.

But only if it carries over from week to week. Even against a 32-point underdog.

“You have to have consistency, and that means coming back after a good win and putting together a complete game,” Kelly said. “That’s mental and physical. It’s how they prepare.”

Or perhaps it’s a long way of saying: Don’t be looking ahead to next week’s trip to Auburn and the meat of the Southeastern Conference schedule.

In New Mexico — of the Mountain West Conference — LSU will find a Lobos team with a struggling offense that has won two of its first three games with a defense that has forced seven turnovers, which ranks No. 7 in the country.

Quarterback Miles Kendrick, a Kansas transfer, directs a ball control-oriented offense that often operates the option out of a pistol formation.

It’s a far cry from the wild Air Raid offense that Mississippi State threw (and threw and threw some more) at the Tigers last week.

Remember, this week is all about how LSU responds.

“We need to be consistent in what we’re doing,” Kelly said. “That will be the challenge this week.”