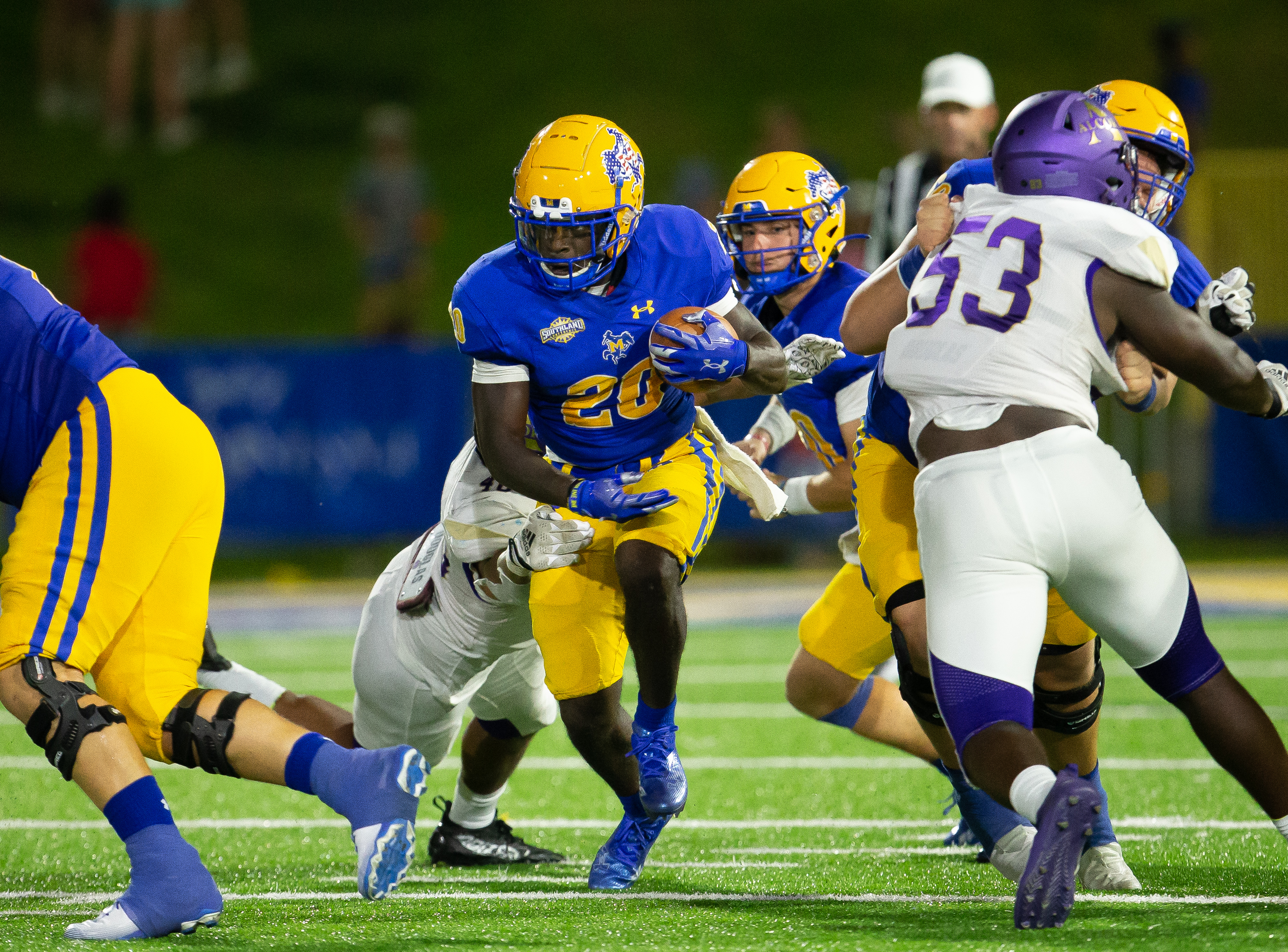 In desperate need of a victory, the Cowboys look to find an answer in Mississippi College.

The Division II school is struggling, off to a 1-2 start. Tonight, McNeese State hopes to give new head coach Gary Goff his first win as a Cowboy when the schools meet for the fourth time.

If not, then a slow start turns into a painfully long season.

“We are just looking to get a win,” Goff said. “We are worried about ourselves and playing good, complementary football.”

McNeese is 3-0 all-time against Mississippi College.

“We feel we are really close,” said Cowboys wide receiver Mason Pierce. “We just need one big game to get rolling.”

McNeese has stumbled out the gate and has lost four straight dating to last season. The Cowboys are 0-3 for the first time since 1975 and have won two of their last nine home games.

That includes the lone loss to a D-II school in program history last fall against West Florida.

“We are excited to be back playing in front of our home fans,” Goff said. “We want to show them what kind of a team we are.”

The Cowboys need to be patient on both offense and defense, Goff said, as the Choctaws will run the ball and the clock while trying to shorten the game and number of possessions. Mississippi College averages 322 yards a game on the ground and is led by DeAnte Smith-Moore, who has rushed for 188.

“We have to be laser focused at all times,” said McNeese safety Tyler Barnes. “They will try to lull you to sleep with run, run, run and then hit you with a long pass. We have to be ready at all times.”

Goff knows all about the Choctaws. He faced them while at Valdosta State.

“It will be a different style for both our offense and defense to go against,” Goff said. “They are going to run the ball and slow the game down. That’s what they do, but they will take a shot if you let your guard down.”

McNeese will try to clean up its own game. Last week quarterback Knox Kadum was sacked 10 times and intercepted twice. He did throw for a career-high 274 yards, but eight penalties and five dropped passes proved too much to overcome.

“Eliminate those mistakes and we would have scored 40 points and we are sitting here happy,” Goff said.

The Cowboys will look to establish the run led by Deonta McMahon, who has rushed for more than 100 yards in each of the last two games. Dating to last season McMahon has gone over 100 yards in four of the last five outings.

They will also have to take what the Choctaws defense gives them because they will play a bend-but-don’t-break style of three deep safeties, Goff said.

“My patience is gone,” Goff said. “We have to take advantage of what they give us. If they drop their three safeties deep we have to throw in front of them.”

One area the Cowboys must improve on is protecting the quarterback. McNeese quarterbacks have been sacked a whopping 22 times in the first three games for 150 yards in loss.

If not, it could be another long night for McNeese.