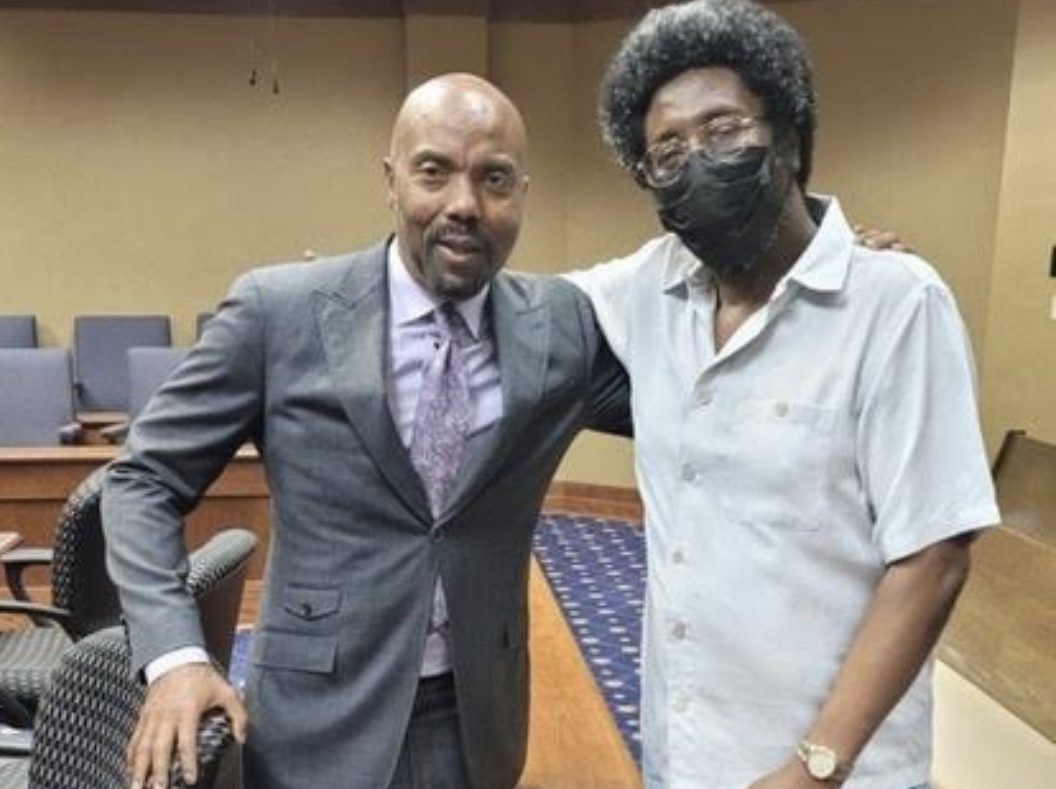 Newspaper carrier Woodie Blanks (right) celebrates a court victory Wednesday with his attorney, Daryl K. Washington, after a jury returned a guilty verdict against one of the two men charged in his attack in December, 2021. (Special to the American Press)

A DeRidder man was found guilty on Wednesday of second-degree battery for his role in last year’s attack of an American Press newspaper carrier.

After deliberating for about one hour, jurors unanimously found Douglas Paul James guilty of attacking and brutally beating 67-year-old Woodie Blanks after he had just delivered a newspaper to the Rosepine doorstep of James’ grandfather.

James had argued it was a case of mistaken identity, and that he believed Blanks was a “prowler” allegedly spotted at his grandfather’s property in the days before the attack.

Blanks recently retained the services of civil rights attorney Daryl K. Washington, out of Dallas, who celebrated the verdict in the courtroom with his client.

“I would like to thank Vernon Parish District Attorney Terry Lambright, Assistant DA Ronald Seastrunk and his incredible team for putting on an outstanding trial presentation. Mr. Blanks did not deserve to be brutally beaten for simply doing his job,” Washington said.

Blanks had been fulfilling the request of his customer that morning on Dec. 17 when he left his own vehicle and walked up the driveway to the customer’s door to hand over that day’s paper. It was a request he said he received many times over the years of his work, and that he had never experienced any problems until that morning.

“For years, Mr. Blanks took pleasure in serving his community, but sadly that was all stripped away from him and the community by four men who thought it was okay to beat an innocent man,” Washington said.

James and his brother, Dillon Matthew James were the only two men to be arrested and charged in the attack. Dillon James is scheduled to face trial in October.

Washington said that now, he and his client are turning their focus to seeing that trial through to the end.

“We are thankful that the jury rendered the correct verdict today. The evidence was overwhelming and we are just pleased that the jury considered all of the evidence and made the right decision,” Washington said.