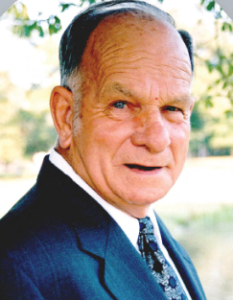 Vernon Jackson Davis, 92, passed away on Tuesday, Aug. 16, 2022, in his residence.
He was a native of Church Point, and had been a resident of Sulphur, for over 70 years. Vernon was a Korean War veteran of the U.S. Air Force. He retired from Sasol (formerly Condea Vista) as a Machinist after over 30 years of service. He enjoyed collecting cars and other items.
Survivors include his children, Debra A. Lawson of Westlake, Vernon “Andy” Davis and wife, Dee of Sulphur, Brian Edward Davis and wife, Kathy of Sulphur, and Charles “Chuck” Davis and wife, Ronnie of Baytown, Texas; 10 grandchildren, Andrea Davis, Robert Davis, Brian D. “Danny” Davis, Christopher Davis, Rachel Gibbons, Trista McKenzie, Deanna Carter, Hunter Davis, Austin Davis, and Brooke McBride; eighteen great-grandchildren; and four great-great-grandchildren. He is preceded in death by his wife, Bernice Vaussine Davis; his parents, George and Eden Davis; his five siblings; and a granddaughter, Felicia Willis.
His funeral will be at 10 a.m. Friday, Aug. 19, in Hixson-Sulphur Memorial Funeral Home. The Rev. Terry Niziolek, M.S. will officiate. Burial will be in Mimosa Pines Cemetery South in Carlyss. Visitation is from 4-8 p.m. Thursday with a rosary service at 6 p.m. and from 9 a.m. until the time of service Friday in the funeral home.
Words of comfort and expressions of sympathy may be shared with the family at www.hixsonfuneralhomes.com.