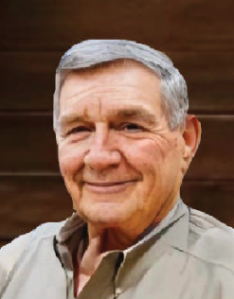 Kenneth “Tuffy” Cole, 82, was born Feb. 9, 1940, and passed away peacefully on Aug. 11, 2022, surrounded by his family and friends. Tuffy was born in Dequincy, La. and was a lifelong resident of Ragley, La. In his younger years he spent his free time hunting, fishing, raising cattle, participating in the DeRidder Riding Club, and hauling his daughters to rodeos. Tuffy was involved in the Ragley community throughout most of his life. He was a member of the Beauregard Fire District #2 for 25 years serving as a volunteer firefighter, the Ragley station Chief, and a member of the Board of Directors. He was a founding member of the Pineywoods Hunting Club and served as president for 12 years. In 1995 after 30 years of service, he retired from Texas Eastern Transmission Corporation where he worked as an operator at the Gillis Station. After retirement, he was able to focus his attention on his vegetable garden and hunting. He loved sharing the fruits of his labor from his garden with his friends and neighbors (and the bragging rights that came along with growing some of the biggest and best tomatoes around). He was also able to take many hunting trips with a close group of friends during those years that he thoroughly enjoyed. Later, he started raising cattle again with his son. More recently, he looked forward to “helping” at the vegetable stand with his grandsons. Everyone knew if you were in the neighborhood around 2 p.m. on Friday, you could stop in for a cup of coffee, cake of some type, and a few tall tales. He was the epitome of an outdoorsman, loved to joke and cut up, and loved his family deeply.
He is survived by his children, Deborah Pomeroy and husband, Rick, Laurie Cole, and Shane Cole and wife, Crystal; step-children, Terrell Ross and wife, Terry, and Steve Ross; grandchildren, Taylor Pomeroy, Cooper Cole, Carter Cole, Corbett Ross, Cody Ross, and Steven Ross; seven great-grandchildren; sisters, Joy Jackson and husband, Carlton, and Renee Cain and husband, James David.
He is preceded in death by his wife of 31years, Ella Cole; and parents, Frank and Audrey Cole.
Family will receive friends from 5-8 p.m., Monday, Aug. 15, 2022 at Magnolia Baptist Church. Funeral Service will be held at 10 a.m., Tuesday, Aug. 16, 2022 at Magnolia Baptist Church. The Rev. David Free and the Rev. Carlton Jackson Jr. will be officiating. Interment to follow at Magnolia Cemetery, Ragley, La.