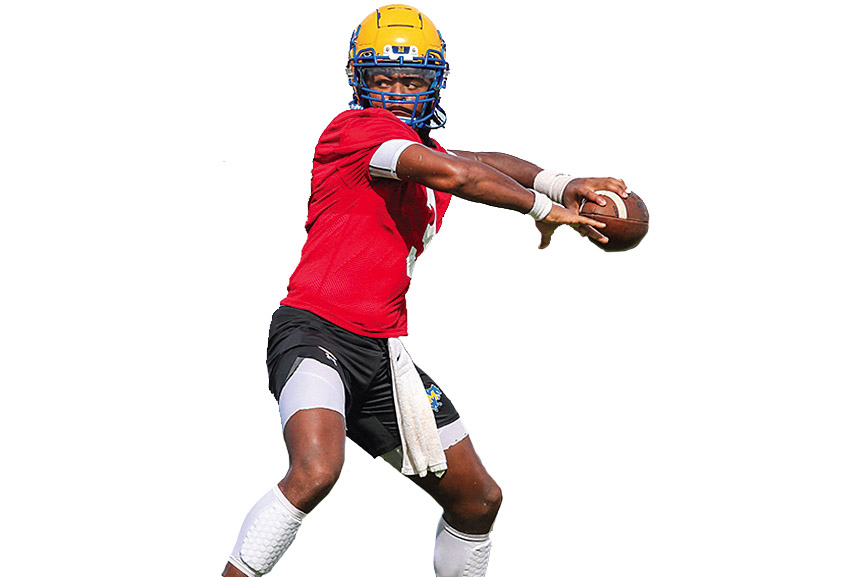 Cam Ransom Cowboys quarterback misses portion of practice after tweaking his back.

An energetic and feisty first week of camp ended with a glitch for the Cowboys.

Transfer quarterback Cam Ransom tweaked his back and was forced to watch the second half of practice Saturday. Head coach Gary Goff called the move more precautionary and said Ransom will be further evaluated in the upcoming days.

He joins fellow transfer quarterback Knox Kadum on the injured list. Kadum injured his throwing hand earlier this summer, and while he has gone through some drills, he has not thrown the ball. Kadum is expected to start throwing Tuesday, Goff said.

“Frustrating for us right now,” Goff said. “Knox coming after thumb surgery and Cam tweaks his back.

“With Cam we wanted to be careful and kept him out. We want to get him checked out in the coming week to be safe.”

It does slow the learning curve when it comes to the new offense under the first-year coach, especially for Ransom who came to McNeese State after spring drills. Kadum was already at McNeese this spring and got at least a small taste of Goff’s offense.

The injuries have opened the door for Walker Wood to get an extended look. Wood moved returned to quarterback in the offseason after playing wide receiver last fall. Goff said he is likely staying in the quarterback room.

“There are some good things,” Goff said. “Walker is getting a lot of reps right now and (Ryan) Roberts threw a couple of nice passes there. Reps are so important now and we are anxious to get those two guys back.”

Wood is a transfer from Kentucky while Roberts is a redshirt freshman from Lafayette Christian Academy. The rest of the practice week went solid, ending on a high note, Goff said.

“Today was our best practice by far as we came out and attacked.” Goff said. “We have been pushing through it. We have thrown some adversity at them and they have kept their focus today.

Players noticed that the intensity is increasing as the practices mount.

“Way more intense today,” said receiver Mason Pierce, who got in the middle of a scuffle despite his diminutive 5-foot-7 frame.

“I was right there in it. You couldn’t see me, but I was there.”

Pierce was seen making big plays in practice as he used his speed to run past defenders.

“We are going to have some speed this year to take the top off the defense,” Pierce said. “It’s going to be exciting.”

“We had fun today,” Kinsey said. “We were getting after it.”

With an improved offensive line in both numbers and talent, Kinsey said the competition in this year’s camp is much different.

“They are really working us and giving us competition,” Kinsey said. “We don’t have to take as many breaks either.”

The Cowboys are seeing the benefits of having a full offseason for the first time in three years.

“I think we are bigger, faster and stronger,” Kinsey said. “We are in a lot better shape now.”

The Cowboys will workout in shells again today before going to full pads Monday. 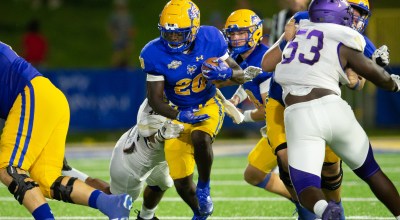 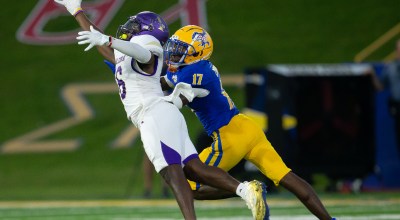 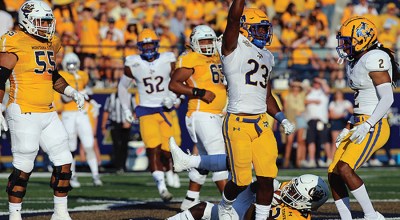