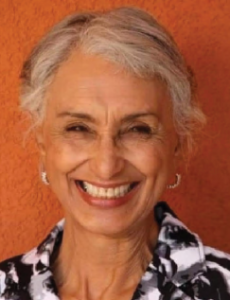 Mary Henrietta Collins Guillory’s life journey ended on Saturday, July 30, 2022. She was cared for by her loving granddaughter Alexa Ditcharo, who ensured that she was able to spend her final years, and moments, in her home, surrounded by loved ones. Her passing leaves a hole in the lives of all those who loved her that can never be filled.
Henrietta, the eldest of the five children of Russel and Veronica (Guillory) Collins, was born in 1937. She was raised on a farm on the outskirts of Church Point, La. She attended elementary school and high school, stopping at age 15 to help her family on the farm, like many children of her time.
In June of 1956, at age 18 she married Liness Guillory, father of her eight children. Together, and to advance their job opportunities, Liness and Henrietta obtained General Education Diplomas in the late 1960s.
This began a desire to learn in Henrietta. In 1970, by then the mother of seven children, Henrietta decided to go to school to become a nurse. Her children have vivid memories of their mother beside them at the kitchen table doing her homework, as they did their own. In 1971, she was licensed by the state of Louisiana as a practical nurse. Shortly before giving birth to her eighth and final child in 1972, Henrietta gained employment at Memorial Hospital. Her compassion, generous nature, and strong work ethic made her an excellent nurse, co-worker, and teacher. To this day, people feel compelled to tell her children about the impression that Henrietta, or “Henri” as her co-workers called her, left on them. Henrietta won the “Rosie Thompson” award, the highest award given by LC Memorial Hospital.
She retired from Memorial in 2003, worked part time as a substance abuse nurse until hurricane Rita in 2005, and continued to educate herself throughout her life. She was a parttime student at McNeese State University until 2007; she was 70 years young.
There are many things the children of Henrietta would like you to know about their much-loved mother.
Among them was the fact that she was a talented cook, seamstress, and gardener. She was an avid
reader and passed her love of books along to her progeny. What we would most like you to know is that she loved her family dearly, all her life to strived to ensure that her family had what they needed to be happy and whole. She was always available, day or night, to talk you through any situation, good or bad. She was a wonderful counselor, always starting with the words you needed, and not wanted, to hear. Her steadfast counsel will be sorely missed.
Henrietta was preceded in death by her parents, Russell and Veronica Collins; their siblings, Berlin Joseph (Brother) Collins, John Murphy Collins, and sister, Donna Lois Collins Gobert; two beloved children, Ronald Patrick Guillory and Jacqueline Ann Guillory LeBlanc; and a great-granddaughter, Christa Guillory-Hensley.
She is survived by her sister, Brenda Collins Prejean of Lake Charles, La., and her children, Patricia Guillory Stevens of Lake Charles, La., Donald Paul (Melanie) Guillory of Houston, Texas, Gregory John (Beatrice) Guillory of Los Angeles, Calif., Reginald James Guillory of Everett, Wash., Sharon Guillory Garrett of Lake Charles, La., Richard Matthew (Antoinia) Guillory of Washington, DC, and Alyssa Monet Guillory of Lake Charles, La.
Her grandchildren William Russel Owens of Beaumont, Texas, Michael Brandon (Brandy) Guillory of Spring, Texas, Toni Marzetta Guillory of Lake Charles, La., Lauren Cheri Guillory of Opelousas, La., Leslie Michelle (Bernard) Guillory Jackson of Baton Rouge, La., Alexa Veronique Guillory Ditcharo of Lake Charles La., Ronald Alexander Guillory of Lake Charles, La., Terra Victoria Guillory of Everett, Wash., and Cameron Jaxson Guillory Washington, DC, and her great-grandchildren, Alyce Jolie Guillory, Michael Brandon Guillory II, Madison Abigail Guillory and Brooklynn Reed Jackson, and a beloved bonus daughter, Vivian Reed Guillory.
Visitation will be Saturday, Aug. 6, 2022, from 8 a.m. to 10:40 a.m. in Combre Funeral Home Chapel. Funeral service will be Saturday, Aug. 6, 2022, at 11 a.m. in Immaculate Heart of Mary Catholic Church. Burial will be in Sacred Heart Mausoleum under the direction of Combre Funeral Home.
Words of comfort may be shared at www.combrefuneralhome.com.