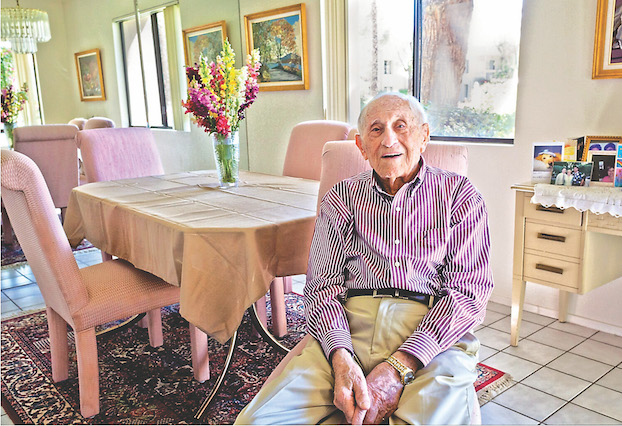 The Lake Charles Historic City Hall will be opening their new exhibit, “Into the Light: Survivors of the Holocaust” by photographer Nancy Baron on July 29.

The exhibit features photographs of Holocaust survivors living in Palm Springs, California. Baron conducted interviews and snapped portraits of members of the Sunshine Circle Foundation. All of the portraits will be on display, alongside audio comments from the Survivors in the accompanying slideshow.

In the process of photographing the survivors, Baron felt inspired.

On her website, Baron stated, “I’m driven to share these portraits in any way I can so that viewers can bear witness to these survivors of one of history’s worst atrocities who have inspired me with their strength, courage, intelligence, resilience, and humor,” she said. “I’m grateful to have learned about each of their unique personal journeys from the light to the bleakest dark and, at the end of their days, to the beautiful desert light.”

Baron said to the American Press, “The photographs are a testament to their determination, not just to survive, but to thrive, and to find joy.”

“In conversations about the Holocaust they often say, ‘I survived because I was lucky.’ Listening to them tell their stories, or even a great joke, I believe they are here because they are survivors in the truest sense of the word.”

The portraits portray the survivors in their homes. The photographs are sometimes bright and colorful, and sometimes beige and calm. The connecting factor throughout these pieces are the feelings of peace that are expressed through both the survivors and their homes. Baron noted that this expression is an indicator of strength within the survivors.

“After suffering through the unimaginable horrors of the Holocaust, the people featured in the eportraits summoned the courage and strength to build new, productive lives for themselves in various parts of the United States and then to live out their latter years in the warm sunshine of the Palm Springs, Calif. area,” she said. “The beautiful, bright and warm light of this desert area and the comfort and serenity that its lifestyle brings is documented in the photos.”

“Whether brightly colored or calmingly monochromatic, the Palm Springs lifestyle is a well-earned relief from the dark days of the Holocaust.”

Baron hopes that patrons who visit the exhibit take moments to study the faces of the people in the portraits and note the bright, ordered comfort of their homes, and remember “that their existence and journey will be appreciated, confirmed, and remembered.”

Matt Young, Director of Cultural Affairs for the City of Lake Charles, believes the lessons that can be learned from the Holocaust and it’s survivors are universial. “One lesson is remembering that never again will we be silent or indifferent in the face of evil,” he explained. “The Holocaust was not an accident. It happened because discrimination, hatred, and violence were allowed to occur.”

“The Holocaust didn’t begin with gas chambers; it began with words.”

Young stated that hosting  “Into the Light: Survivors of the Holocaust” is part of an effort to to diversify the exhibits at the Historic City Hall. “We’ve made a large push within the last year to host a variety of traveling exhibits at Historic City Hall,” he said. “The response has been tremendous.”

“When ‘Into the Light’ was recommended to us, we jumped at the opportunity to host it.”

He continued by stating that in addition to fine arts, the Historic City Hall has featured historical, cultural, and STEM-related exhibits. Many of those exhibits were curated by the Smithsonian. Young wants to encourage local residents to take advantage of the “wealth of museums, parks, and events that we have in Southwest Louisiana.”

“As we continue to recover from the storms, it’s important to take time with our families and nurture our souls.” 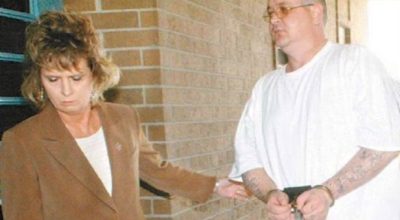 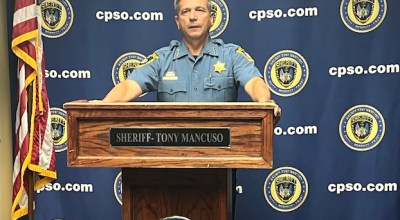