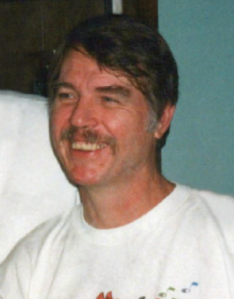 Dr. Charles Raymond “Ray” Comish was born Dec. 16, 1945, in Baton Rouge, La. He was one of four children born to Samuel Edwin and Emma Edeline Comish.
Ray grew up in Alexandria, La., and graduated from Bolton High School. He continued his education at Northwestern State University where he met the love of his life, Catherine Rose. He graduated from NSU with a B.S. in Chemistry, then was drafted by the U.S. Army and sent to Vietnamese language school. On July 5, 1969, Ray and Cathy married. After additional training in military intelligence, Ray was deployed to Vietnam in 1970. Upon returning from his military service, he earned a Masters in Business Administration at Louisiana State University, then a Doctorate in Business Administration from Louisiana Tech University.
Ray and Cathy moved to Lake Charles where Ray taught at McNeese State University from 1976 until his retirement in 2014.
Over the years, they enjoyed many camping adventures, hiking on the Appalachian Trail, canoeing on the Buffalo River and motorcycle trips that took them from coast to coast. Recent trips included cruises to the Caribbean and Greek Islands, as well as vacations to Ireland and Italy.
Ray was welcomed into heaven on Sunday, June 19, 2022, by his parents; sister, Elizabeth “Bitsy” Pearce; brother, John Byron Comish; and in-laws, Robert P. and Norma W. Rose.
Those left to cherish his memory are his wife of 52 years, Catherine R. Comish; brother, Edwin C. Comish and wife Billie; in-laws, Jack H. Pearce, Thomas E. Doran and wife Betty, Stephen J. Rose and wife Sondra, and Alice S. Comish; along with many nieces, nephews, and extended family.
Visitation will be on Thursday, June 23, 2022, at Johnson Funeral Home from 9 a.m. to 11:30 a.m. Funeral service, led by Pastor Charles Miller, will begin at 11:30 a.m. Ray will be laid to rest at Louisiana National Cemetery in Zachary, La., on Friday, June 24, 2022, at 2 p.m.
We invite you to leave a sentiment of condolences or fond memory on our website www.johnsonfuneralhome.net.