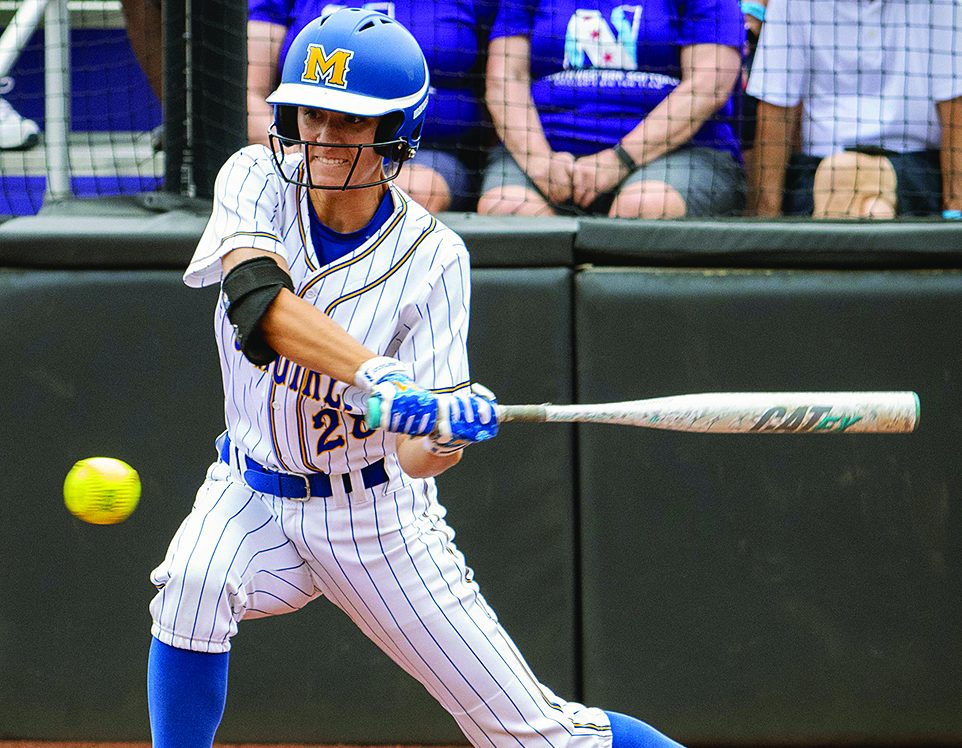 The third-seeded Cowgirls (39-19), who extended their winning streak to eight, will play regional host Northwestern (41-10) at noon today. The winner advances to Sunday’s championship round, where they would have two chances to win the regional.

Northwestern advanced with a 9-2 win over No. 4 seed Oakland in the second game Friday.

The Cowgirls (39-19), who have won 13 of their last 15 games, dominated from start to finish, scoring 10 runs in the first inning to take control. Crislyne Moreno doubled to score Jil Poullard and Kendal Talley. Kaylee Lopez followed with a single to center to score Moreno. Toni Perrin singled to score Lopez and Chloe Gomez. Talley reached on an error, allowing Reese Reyna to score. Poullard singled to score Perrin and Talley. Lopez singled again to score Poullard and Moreno with the final runs of the inning.

“The kids did a good job with pitch selection,” McNeese head coach James Landreneau said. “We hit the ball up the middle of the field and did a good job executing. We were hitting the ball hard and everything was falling our way. It was a great way to start.”

The Cowgirls added a run in the fifth on a double steal play when Poullard attempted to steal second and got caught in a rundown, allowing Talley to score from third.

Tate (13-9) allowed five with no walks to earn her ninth consecutive win.

“She did a great job, threw 52 pitches and got ground ball after ground ball,” Landreneau said. Poullard led the Cowgirls with three hits. Talley, Lopez, Gomez, and Toni Perrin each added two.

— FURTHER REVIEW: The Cowgirls were 2-for-2 in video replay reviews, which are being used for the first time.

In the first inning, Notre Dame challenged a play at first when Talley was ruled safe. The call was upheld.

In the third inning, McNeese challenged a call at third when a Notre Dame runner was called safe diving back into the bag on a fielder’s choice.

Landreneau challenged the call at the behest of third baseman Jil Poullard, who applied the tag. The call was overturned after a lengthy review. Tate then forced two grounders to escape the inning unharmed.

“(Poullard) definitely wanted to challenge the call and it shifted some momentum,” Landreneau said. “It changed the complexion of that inning.”

— STREAKING: McNeese has won a game in five consecutive NCAA Tournament appearances. The Cowgirls will try to end a few streaks today.

McNeese has never won a regional semifinal game or won two games at the same regional.

— MISS MAY: Lopez is 9-for-13 in four NCAA Tournament games over the past two seasons, with six RBIs. Friday’s win over Notre Dame was her third NCAA game with multiple hits and second with three RBIs.

Northwestern scored five runs in the fifth inning. Maeve Nelson drove in four runs with a pair of home runs, her 13th and 14th of the season. Danielle Williams (27-4) struck out eight to get the win.