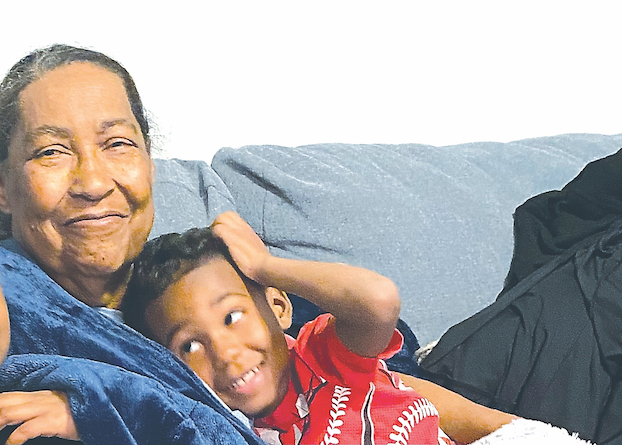 Wednesday, March 30, was supposed to be a quiet day of recovery for 4-year-old Jeremy Mitchell Jr. and his grandmother. It wasn’t.

The young boy had just undergone some dental surgery, so his parents, Jeremy “Jay” Sr. and Keosha Mitchell, kept him home from Brenda H. Hunter Head Start that day. Jeremy Jr., who is called “Two” by his family, asked to stay at his grandmother’s, whom he calls “Mother.” His parents agreed, letting him have the iPad tablet to play quiet games on to keep himself occupied.

Jeremy was recovering, but the past month had also been a rough one for his grandmother, Krecynthia Mitchell. She found out the kidney transplant she had 16 years earlier was beginning to fail and that she would need to return to dialysis. She had just come home from a hospital stay earlier in the week, but was feeling well and energetic.

That morning though, when Jeremy Jr. and his grandmother were alone, Krecynthia Mitchell fell in the kitchen, passing out and hitting her head on the floor.

That’s when Jeremy Jr. rolled into action. At 9:33 a.m., the boy contacted his father, who was working at his job in Beaumont, Texas, using the FaceTime app on the iPad.

“Sitting at the kitchen table, he told me, ‘Daddy, Mother fell on the kitchen floor,’” said Jeremy “Jay” Mitchell Sr.

Jeremy Jr. pointed the iPad’s camera at his grandmother so his father could see.

The boy remained calm and responded to all of his father’s instructions that followed, completing every task that Jeremy Sr. asked him to do. He told the boy to ask his grandmother if she was OK and to go and get her cell phone from her room so Jeremy Sr. could try to call her on it.

Jeremy Sr. called for help from other family members and an ambulance was summoned. He let his son know help was on the way.

When the boy learned that everything was under control and that help was coming, he went into the bathroom and brushed his teeth and then made up the bed where he had slept, his father said.

It turns out Krecynthia Mitchell had a bleeding ulcer she did not know about. She had lost a considerable amount of blood. She was brought to Christus Ochsner St. Patrick Hospital and spent three days in the Intensive Care Unit there. She’s home now and feeling much better, and is grateful for her young grandson’s quick actions that possibly saved her life.

“I don’t know where I would be without my little hero,” she said.