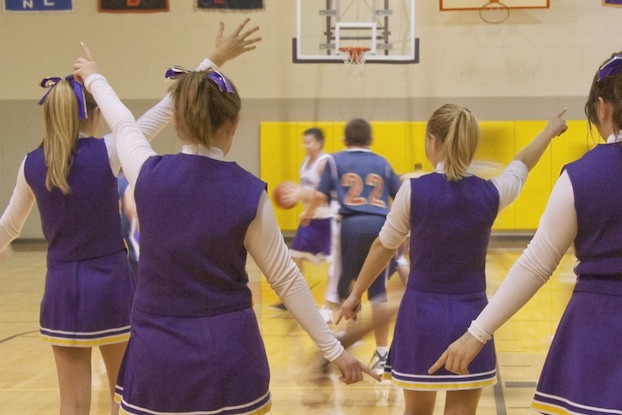 After a more than five-hour hearing Monday, 14th Judicial District Court Judge Derrick Kee ruled that three Sam Houston High School students who were dismissed from the cheerleading team in February weren’t given a meaningful opportunity to defend their actions in front of an impartial decision maker.

Kee said the cheer team’s rules had no procedure in place that would have allowed the students or their parents to appeal the dismissal to a higher authority within the Calcasieu Parish School Board. The judge also ruled that barring the students from trying out for the team for the following school year would cause “immediate and irreparable harm.”

Sam Houston High cheerleaders who are dismissed from the team cannot try out for a full year, according to the team’s constitution. Defense Attorneys Adam Johnson and Joseph Dronet of The Johnson Firm filed a temporary restraining order March 10 against the School Board on behalf of the students and their parents, prohibiting Sam Houston from excluding the students from trying out. The school postponed the try outs until the case was heard.

Kourtney Guillotte, Sam Houston High teacher and cheer sponsor, testified that she dismissed two students from the team after pictures were posted on social media last fall of them making inappropriate gestures, with one student wearing her cheer uniform. Another student was kicked off the team after she was suspended for being in an unauthorized area. Guillotte said these actions violated the terms of the cheer team’s constitution and put the students over the 10-demerit limit that was grounds for dismissal.

The three students took the stand, saying Guillotte questioned and notified them of why they were being dismissed from the cheer team. They said they were not allowed to make their case and were told that same day that Guillotte’s decision was final. The students said their parents were notified later that day of the decision.

Guillotte said she reads the rules of the team’s constitution to the cheerleaders, word for word. Cheerleaders, along with their parents, must sign a document agreeing to the terms. Sam Houston High Principal Shannon Foolkes also signs the agreement.

Guillotte said she has sole discretion when deciding whether a student should be removed from the cheerleading team. However, she argued, it was understood that students and parents could appeal her decision. She said she encouraged students to review any demerits with her, and that has happened before without a written procedure.

Johnson argued that there was no due process because the cheerleading team’s constitution, nor the School Board’s policy, outlines an option to appeal a dismissal. Johnson said the students were not given a meaningful opportunity to be heard when Guillotte initially questioned them about their behavior.

Johnson also argued that the cheer team did not follow its constitution, which stated that parents would be notified when a student received individual demerits.

Gregory Balfour, Calcasieu School Board attorney, mentioned specific cases that stated children don’t have a constitutional right to participate in extracurricular activities. Johnson countered that the money paid to the cheerleading organization, along with the rules of the contract require due process because it becomes a property interest.

Kee said in his ruling that he understood the cheer team’s need for rules, but that due process was necessary. He found that Sam Houston High, as an affiliate of the School Board, was a state actor and that there was a property interest because of the legally-binding terms and conditions associated with the cheerleading team’s constitution.

Kee said students today are under constant scrutiny and surveillance, compared to those who grew up without social media.

“Our children make mistakes like we did, except we didn’t get caught as often and it didn’t get posted,” he said.

Kee also spoke of the positive impact cheerleading can have on students.

“I think we forgot how important cheerleading can be,” he said. “To take the motivating factor away from children, that’s highway robbery.”