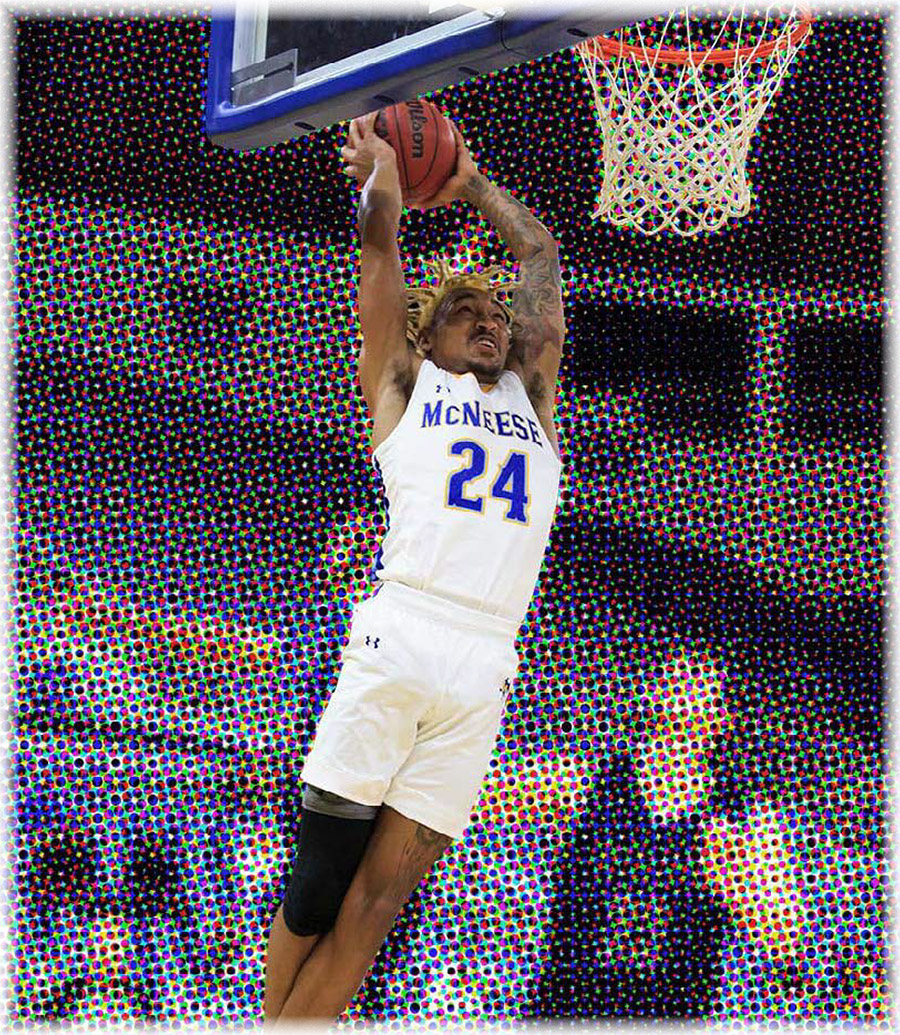 Christian Shumate is second on the Cowboys in scoring at 11 .1 points per game but has scored 19 points or more in his last three games, including a career-high 29 last week. (American Press)

Last season, as the Cowboys were playing in their home away from home, they watched as Nicholls State celebrated winning the Southland Conference championship.

It may not have been their current home court but the feeling was still the same.

The Colonels were dancing on their turf. Tonight, McNeese State gets a chance at revenge.

The two will square off in a league showdown in the second half of a women and men’s doubleheader.

“This is a big game for us,” said McNeese head coach John Aiken. “They are going to come in here angry. We have to be ready.”

Nicholls is off to a surprisingly slow start in the conference. The preseason-favorite Colonels are 11-9 overall but 1-2 in the Southland. They have lost three of their last four.

“Nicholls is a really good team,” Aiken said. “There is a level of urgency they are going to come in here with. I’m sure they are not happy at being 1-2.”

For the Cowboys, it is the start of a four-game homestead which will go a long way in determining their season.

Despite being injured recently, fifth-year senior Ty Gordon is the Colonels’ top guy. He leads the conference in scoring at 20.2 points a game, which includes 29 against Purdue and 26 against both Wisconsin and Oregon State.

“He is the best shooter in our league no question,” Aiken said. “He is one of those guys who when he sees the ball go in the basket just keeps getting bigger and bigger.

“We will have to close out on him and not let him get started.”

Nicholls, which leads the league in scoring, has made 120 more 3-point shots than another other team in the Southland.

“We can’t give them good looks at the bas-ket,” Aiken said. “They are going to want to take the first good 3 they see.”

McNeese got a boost from Christian Shumate last time out Saturday against Incarnate Word. The freshman transfer from Tulsa scored a ca-reer-high 29 points.

“He is a stud,” Aiken said of the forward. “He has so much talent. He is soaking up the experience. Now he has to sustain it.”

Shumate, like the rest of the Cowboys, has been up and down but seems to be rounding into form at the right time.

“I think we are getting better and figuring some things out,” Aiken said. “Now we have to keep building on what we have accomplished.”

Myles Lewis leads the Cowboys with an 11.4 scoring average while Shumate checks in at 11.1.