After delays, Lucky Delta set to be torn down 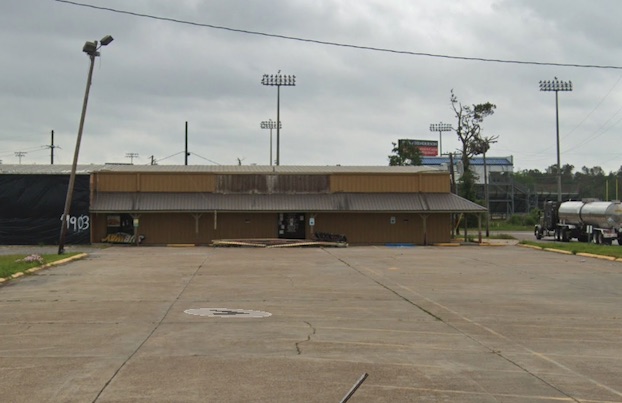 Vinton Mayor Marcus Renfrow said the owner of the Lucky Delta will be tearing down the damaged property in February. (Special to the American Press)

The Lucky Delta property will be cleaned up soon, the police department is monitoring Horridge Street motorists and a resident left Tuesday’s Vinton town council meeting frustrated when her variance request wasn’t granted.

Mayor Marcus Renfrow said the owner of the Lucky Delta will be tearing down the damaged property in February. The project has been delayed because equipment delivery to do the task was delayed.

During the first town council meeting of the year, a resident asked the council for a variance to reduce the required distance from the drip line to the neighboring property line from the required 10 feet to five feet.

She wanted to build a three-bedroom, two-bath spec house and place it in such a way that would allow her to use an existing driveway created when a manufactured home was on the land.

Renfrow suggested that small changes to her plan could result in approval if she would consider those and appear before the council again. The resident told the mayor and council she thought she was being treated unfairly because others had built houses with a five-foot or less distance between properties.

“Before you build within Vinton’s city limits, it’s absolutely necessary to get permitting and to ensure you’re conforming to the city’s ordinances,” said council member William “B.B.” Loyd, in a phone interview with the Southwest Daily News after the meeting. “These ordinances are in place for a reason. They benefit you, they benefit your neighbor, and I think they’re in the best interest of the growth and development of this community.

“Yes, we have approved variance requests — many variance requests especially after the hurricane — but to my knowledge, and I’ve been on the town council for 20 years, we’ve never allowed for a five-foot setback instead of the required 10-feet between the house’s drip-line or eave and the neighboring property line.”

Vinton Police Chief Scott Spell reported that a portable, digital speed sign on loan from the city of Sulphur, was placed on Horridge Street in response to complaints from residents about speeding motorists.

“Rather than dedicating an officer to be there all the time, we can use this equipment. Not only does it serve as a deterrent and a reminder of what the speed limit is, it allows us to collect data,” Spell said. “If there is a speeding problem, we can determine what times of the day it’s most likely occurring so you can target those times for a law enforcement officer to be there.”