‘We can do better’: Residents say not enough coastal protection in SW La. 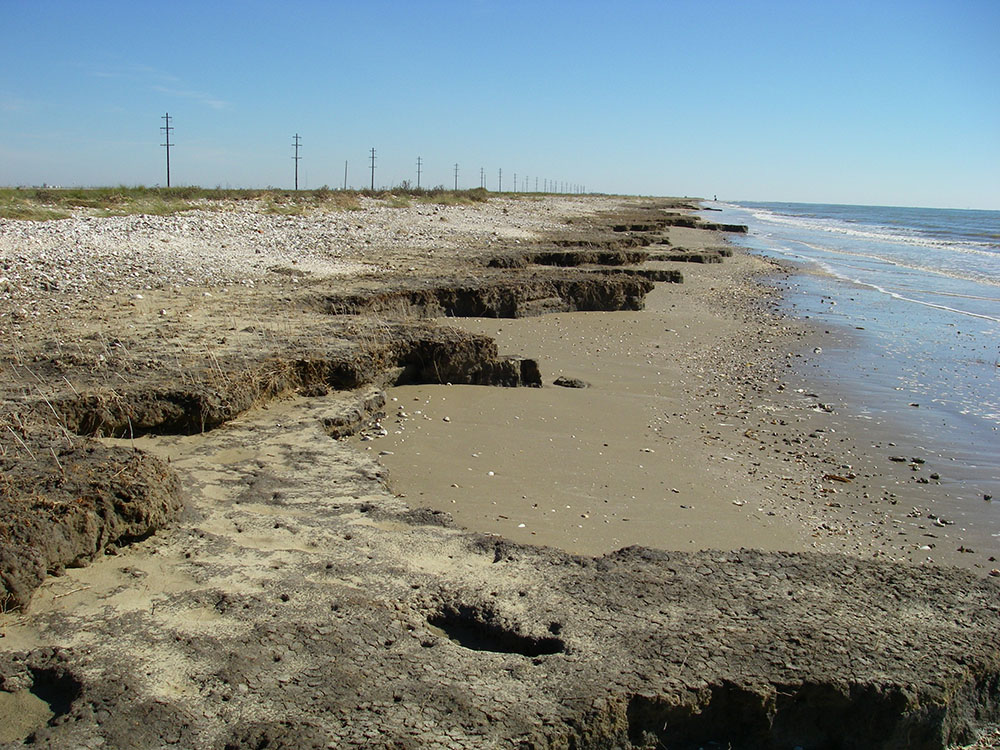 The beachfront in Cameron Parish has been pounded by number of tropical storms and hurricanes in recent years, including Hurricanes Katrina, Rita, Ike, and Gustav. (Coast Protection and Restoration Authority)

At a public hearing Monday, local residents and officials mentioned the lack of coastal protection projects in Southwest Louisiana, compared to the state’s central and eastern coastlines.

The Louisiana Coastal Protection and Restoration Authority hosted the event at the SEED Center to hear feedback on its draft annual plan for the 2023 fiscal year. Five projects are listed in construction for the Southwest region, which includes Calcasieu, Cameron and Vermilion parishes. Another three projects are in the engineering and design phases. Two additional projects are likely in the region once decisions on Coastal Wetlands Planning, Protection and Restoration Act are made by the end of this week.

Meanwhile, the southeastern area of Louisiana has 67 active coastal projects, with 45 in construction and 19 in engineering and design. The plan also outlines 39 projects in the south central area.

Bren Haase, CPRA executive director, said this draft plan is the largest the authority has put together since the effort began 14 years earlier. Projected expenditures for the 2023 fiscal year are $1.28 billion, with more than 80 percent going to 76 projects in construction. Those projects will benefit more than 57,000 acres and 109 miles of levee.

Laurie Cormier, assistant planner and coastal zone manager for the Calcasieu Parish Police Jury, said it was alarming to see only five projects in construction for the Southwest region. She said Southwest Louisiana/Lake Charles and New Orleans were two areas that the 2012 coastal master plan considered as needing protection from a 500-year flood.

“We can do better; we need to do better,” she said. “The Chenier Plain is worth saving. We just need to do a better job of getting projects on the ground here in Southwest Louisiana.”

“They only give the immediate area right behind the shoreline,” he said. “I’d like to kind of see that change.”

Libersat said there is a major need for marsh creation in Southwest Louisiana.

“It’s much cheaper to project the marshes in areas that we have over here, rather than trying to go to the eastern side of the state and rebuild things that are already gone,” he said.

“It’s not perfect, but it’s something worth protecting,” he said. “That is the last line of defense for Lake Charles, Carlyss, Sulphur, Lacassine.”

Comments will be read into the record during the annual plan presentation, set for March 16 in front of the CPRA board. The plan will be submitted to the state Legislature in March.

An interactive annual plan is online at ap23.coastla.la.gov.